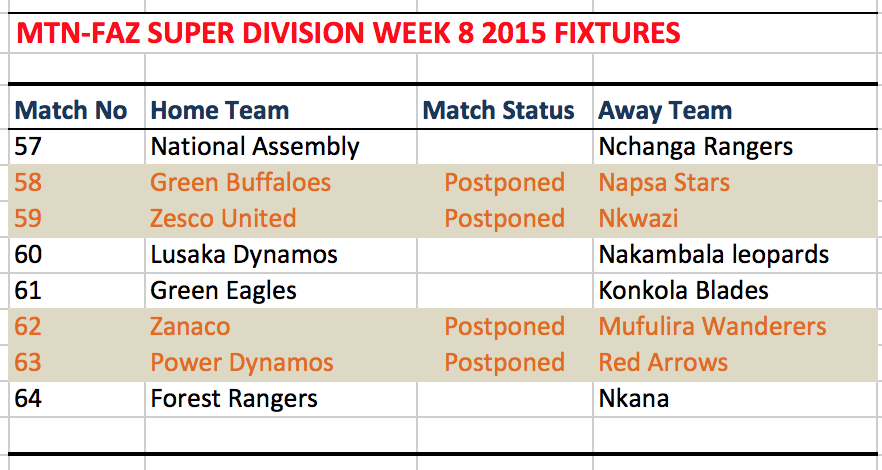 MTN – FAZ Week 8 fixture will be one of the most boring fixture in the year with entertaining games cancelled and rescheduled in the near distant future.

FAZ has given reason for the alteration to pave way for the friendly match to played by Zambia and Malawi at Nkoloma Stadium this Sunday. National team rates has been losing popularity and many have turned to league games for local sanity into football.

Big teams including Zesco, Zanaco and Power Dynamos will not feature lessening the weekend entertainment expectation.

FAZ should have targeted the Saturday slot for the national team and release the players for Sunday to their respective teams. This is practical.

Last year Sate Sate played for the national team and the following day was release to play for Nkana. and apparently made history by scoring two goals in two different tournaments within 24hrs.