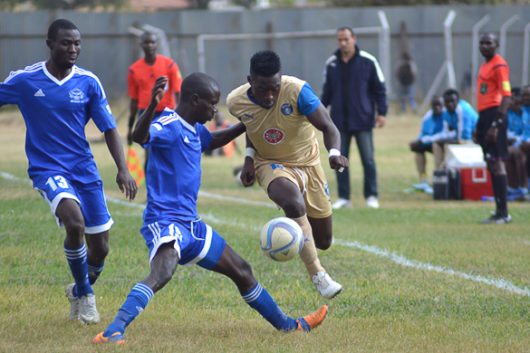 #fazfootball Nkwazi left it late as they came from a goal down to draw 1-1 with Kabwe Warriors in a Week 29 match… https://t.co/qo6NfDRs8J

A late screamer by midfielder Mwila Kabwe earned visitors Nkwazi a 1 all draw at Kabwe Warriors during a week 29 MTN super league match on Friday in Kabwe. Jacob Phiri had put the hosts 1 up just before break with a free kick.

In the second stanza the Albert Mphande tutored outfit searched for the leveler and Mwila Kabwe did just that.