Skip to content
You are here
Home > Division One > The Heat is On: Wanderers Up To Extinguish The Fire 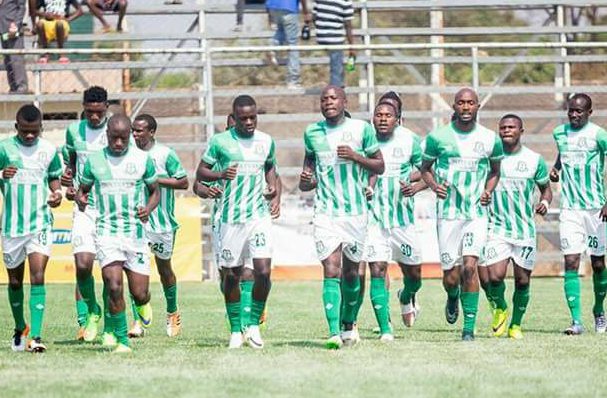 Six points separate the top two with a further one point on the third team. This is really proving exciting times to the neutrals but more worrying to Mufulira Wanderers faithfuls who expected the team to increase it’s advantage on the top to eight points with a win against not so fancied and stylish Roan United.

If Wanderers were to miss out on this year’s promotion, they will rue the points they failed to collect against teams like Roan more so at Shinde when the rest of the country expected them to have an easy ride. This would be more painful to their supporters than their demotion to Division one last year.

But Wanderers under the tutelage of Justine Chinama are keen to be the 8th team to spend a single term outside the top flight league and manage to bounce back at first attempt. Once they achieve this feat of staying one season only in lower league, it will be the 9th time this will happen as one team in Kabwe Warriors has done it twice.

But North Western Province has not been a good hunting ground for Wanderers as they have only managed a win against Trident and 2 draws against the 2 FQMO teams; Mining Operations and Roads. It will take a lot of effort and determination for this Mufulira team to maintain the 6 point advantage as the host team has been uncompromising playing at their home ground.

They boast of 10 wins out of 12 at home and have scored 21 goals, in the process keeping 11 clean sheets that include a walk over against Kashikishi Warriors who failed to travel.

Kansanshi have a second best defensive record having allowed 12 goals, 1 more than their visitors, therefore, this is going to be a test of the best 2 teams defensively though Wanderers look like a team with a lethal strike force who have managed 40 goals against 29 by their host team.

This is more reason why Kansanshi Dynamos find themselves on 5th position instead of being among the top 2 as they have only found the back of the net 8 times in 4 wins away from home. Had they been consistent away from home, they would have been fighting for promotion to Super League.

As Mufulira Wanderers go to play Kansanshi, they will be playing to avoid losing a double as their host is the only team to have gotten maximum points from them in the first encounter at Shinde. This is a do or die affair for Wanderers as a loss and a win for Chambeshi will reduce the points to only 3 and this will make promotion look harder than juggling jelly.

It will be stormy days for the legendary cup fighters but with their experience as 9 time league winners, they should pull through hard times and defy the saying that goes ‘when it rains, it pours.’

It looks more like a home win looking at the visitor’s record in North Western but stakes are so high that they wouldn’t afford to give away this match. Dreams come true if you survive the hard times, so will be the wishes of Mufulira Wanderers Supporters.

Chambeshi would like to take advantage of Wanderers’ failure should they fail to beat Kansanshi to reduce the points to either 3 or 4 to take promotion to the wire. They will take everything at the acid boys to Mae sure they keep pace with league leaders Wanderers.

Indeni having lost second position to Chambeshi that they had made their own will not want to lose pace with the top 2. They play at home against Modern Stars who have been a shadow of themselves who lie 12th on the log. Pointers in this game pits the oil boys to carry the day with a healthy scoreline.

Konkola Blades just like Wanderers, take a long trip to North Western were they take on FQMO Roads. They would like to finish respectably on the log as they are out of the picture for promotion. This is a tough one to call as Konkola have not lived up to the bill as one of the favorites to have won back promotion to the elite league.

Other matches sees Trident hosting Roan United, ZNS Luamfumu who are on the verge of dropping in the relegation zone host 9th Ndola United. Kashikishi Warriors will host fellow struggles Mufulira Blackpool. Should Blackpool think of survival, this is the match never to lose though Kashikishi will be hoping to do a double on them.

Mining Rangers, a team that didn’t deserve to be in this league due to their so many unfulfilled matches even within the copperbelt with only less than 60km to cover, will be against FQMO Mining Operations who will be very disappointed should they not collect maximum points against the Zone 2 points donators.