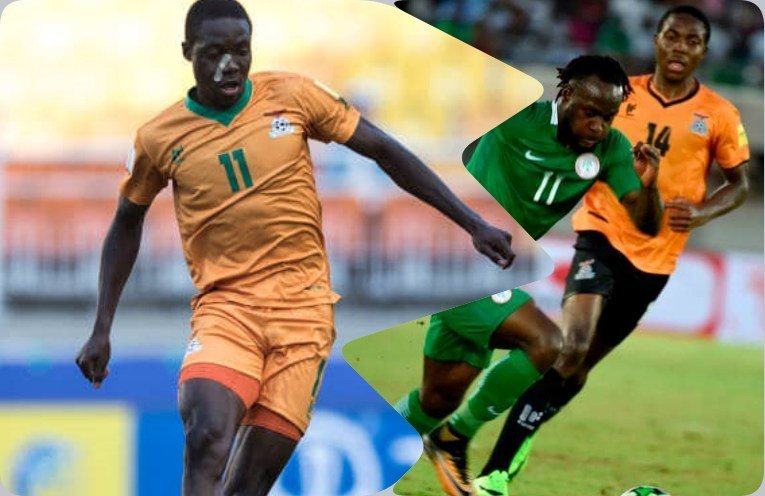 Zambia yesterday lit a mesmerizing spectacle of brilliance in Morocco.

The young Zambian side comprising of under 23 players thrashed a star-studded Africa Cup bound Morocco squad and Mwepu again proved why he is the right man for Zambia’s most decorated shirt number: The famous Number eleven.

But can Mwepu pull it from the Holy of Holies?

Every country and many a club have a jersey number dimmed as sacred: A shirt worn by the most polished talent and never given to any legs ordinary.

Since the days of the great Maradona, the number 10 shirt of the famous blue and white stripes of Argentina has only been given to the finest: Crespo and Lionel Messi.

Raul Gonzalez adorned the Spanish number 7 with sanctity. He lit the shirt with a fire of legendary explosiveness before he handed it over to David Villa who picked the mantle from where Raul stopped breaking records on his way before he dropped it in the Hands of Morata. Eyebrows, however, have been raised in the recent past if he was worth the sacredness of the shirt.

At Manchester United, David Beckham tore defences into shreds on the old Trafford right flank in the making of the famous 7. He pulled the jersey from the dusty ruins and soaked it in the shrine of merituos rectitude before Christiano Ronaldo scented it with splendour. Since the Portuguese left Old Trafford, it has been had to find a man worth the Shirt and the world still waits for what might take decades to accomplish.

The Zambian copper shirts have established one jersey cast in the furnace of sacredness by The Great King Kalu. Ranked the 13th most popular player in Africa, Kalusha Bwalya is the father of the Zambian modern game.

He worked hard and messy for the shirt and his prowess in the shirt glitter and linger for all to see. He is the only Southern Africa player to have won the glorious African player of the year.

The king retired and handed the jersey to Christopher Katongo who never disappointed. Hardworking, passionate and a fighter, he led his charges to African glory in 2012 and many bookmakers crown him the greatest captain Zambia has ever had.

You may Also Like: Top Ten Highest Paid Zambian Footballers

Katongo left the jersey to Mukuka Mulenga who promised everything worth the shirt but had a career cut short by injuries. Then Lubambo Musonda tried the shirt which proved too big for him.

And now Enock Mwepu has dared to enter into a shrine only the chosen few must dare.

At the age of 20, the lanky nibble feet mercurial midfielder is carrying the Senior National team on his shoulders. Like a cloud of locusts on a fresh field of corn, he single-handedly destroyed the Morrocan attacking power with his tireless runs, command, vision and megawatt power.

What should Mwepu do and avoid to live up to the expectations of the sacred copper 11?