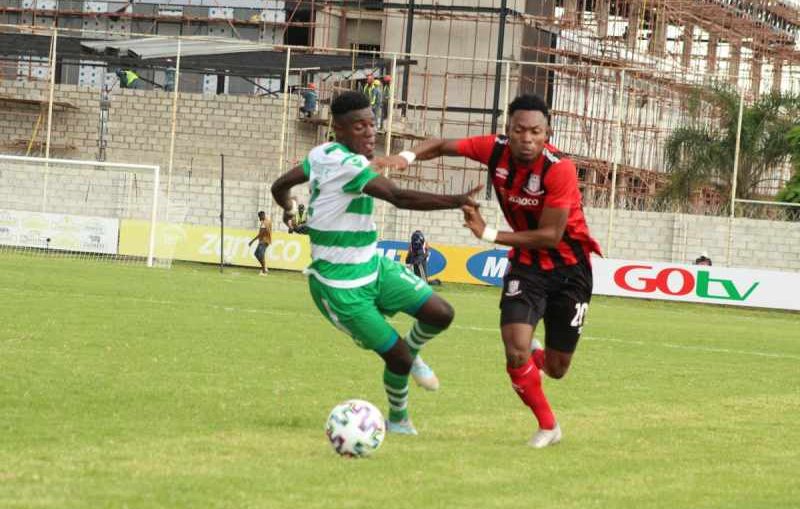 For a few, there is a call up for and need for speed as the Zambia league turns wild galloping week 16.

The hunted have kept turning hunters as the inimitable Zambia Super league keeps unfolding at an animal pace now not easy to cope with.

1 KABWE WARRIORS v RED ARROWS 0
Kabwe Warriors saw red Arrows off with a slender win which took the people’s team to a win away from standing shoulder to shoulder with the league leader ZANACO.

It was all top speed football in Kabwe but a Jimmy Beleki Ndhovu strike gave Warriors the vital three points as the league turns aggressive.

1 YOUNG EAGLES v ZESCO 0
In the small town of Kafue, Zesco was handed a kiss of death when Young Green Eagles who struggled for pace and rhythm throughout the first half of the league turned into sharpshooting hunters.

Muma Muma struck at the top of the hour to send the Ndola Giants cold and numb and that’s all Young Green Eagles needed to cause the biggest upset of the league this far.

3 ZANACO v LEOPARDS 2
Meanwhile, there was sunset on Prison Leopards in Lusaka casting shadows of darkness on the future of a hopeful prison Leopards. A Rodger Kola brace and last-minute Siankobp strike helped Sensational ZANACO broke loose from the jaws of the Leopards in an epic five-goal thriller getting away with a 3-2 win.

The game of the hunted turning hunters got even intense in the capital as the soldiers dropped their rubber bullets to fire live ammunition on Indeni. They won 3-0 to move away from the relegation zone. Martin Phiri brace and Aubrey Chella were on target for Green Buffaloes while Indeni scored through Edward Lungu.

In today’s fixtures Sunday 7th February, Nkana will be banking on the wizardry of Emmanuel Mwinde to keep their winning streak as they make a short drive to Ndola to face Buildcon.

In other fixtures, there will be a clash of Dynamoes at Arthur Davies as Power Dynamoes face Lusaka Dynamos in a fixture promising a volcano eruption.