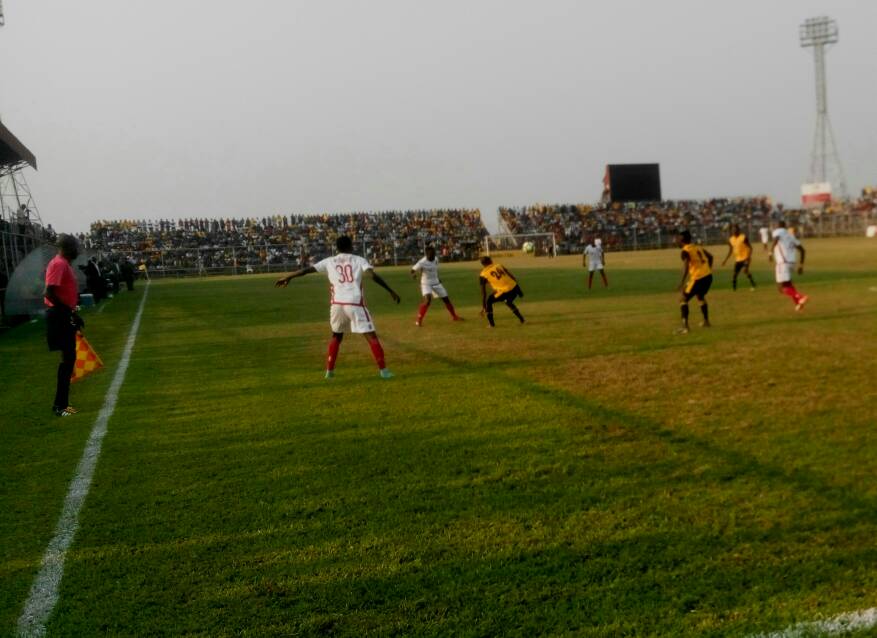 Power Dynamos secured a 3-1 win over visiting Red Arrows in the Week 25 of the FAZ Super League match played on Saturday at Arthur Davies Stadium in Kitwe.

N’gonga put the home side in front after 42 minutes when he was set up with a cross from Billy Mutale.

Larry Bwalya headed in the second goal after benefiting from an Alan Kamanga Jrn cross before N’gonga scored the final third through a penalty.

The Ndeke outfit has 45 points from 24 matches played. Arrows remain stuck on 10th position with 33 points after playing 24 games.

At Sunset Stadium, Adam Zikiru’s 51st minute goal was not enough for Nchanga Rangers to record an away win as the bankers came from a goal down to beat Rangers 2-1 thanks to Felix Nyaende and Richard Kasonde goals.

Zanaco move third on 43 points with 3 games in hand.

Action continues on Sunday at Nkoloma Stadium with a lunch-time kick off involving Green Buffaloes and Zesco United with City of Lusaka hosting Nkana Football Club at 15hr00.