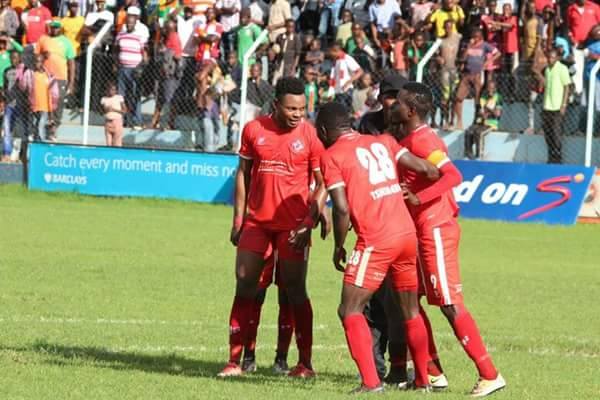 The estimated reading time for this post is 107 seconds

Nkana have now won the Shield a record 16 times.

Nkana could have opened the scoring on 13th minute when striker Idriss Mbombo failed to score with only a goalkeeper to beat after being set up with a brilliant pass by forward Ronald Kampamba.

Mbombo had another chance to break the deadlock on 18th minute with his long range powerful header but Zesco goalkeeper Ntibahezwa was equal to the task to parry the ball away.

Nkana’s redemption came on 27th minute through forward Kampamba when he scored from a corner kick taken by Defender Given Sinyangwe.

In 41st minute John Ching’andu missed an opportunity to level the scores but United restored parity 3 minutes before half time through Anthony Akumu header before free kick specialist Bornwell Silengo doubled the lead in the depth of the first stanza.

Zesco went to half time with a slender 2-1 lead over Nkana.

In the second stanza, Mbombo cancelled Akumu’s header on 56th minutes thanks to a beautiful free kick delivery by Gift Zulu flicked by Danny Mathews Silavwe.

Mbombo extended the lead to 3-2 on 61st minute assisted by forward Ronald Kampamba.

Lameck Banda reduced the deficit for Zesco to 4-3 with his header on 76th minute.