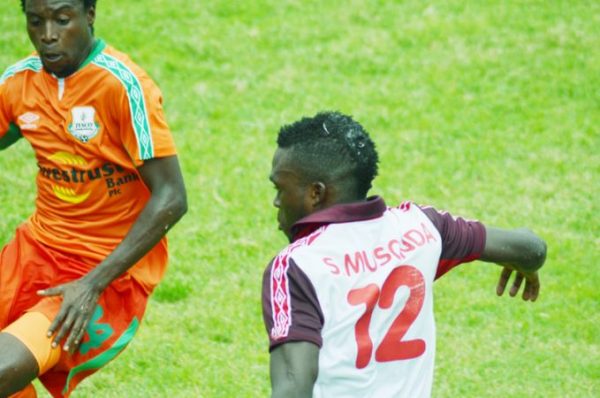 Nkana FC moved to 3rd position on the FAZ table with a resounding 4-0 win over Real Nakonde in the Week 28 match of the FAZ Super League played on Saturday at Nkana Stadium in Wusakile.

A hat-trick from Man of the match Shadreck Musonda and an own goal by Real Nakonde defender Sean Odour was what Kalampa needed to cruise past the Border Boys.

Musonda was again on the scoresheet When he chipped in a Soutra Tshimenga pass to beat Nakonde goalkeeper in 68th minute.

In 71st minute, Musonda combined well with Tshimenga and clinically scored his third goal of the match.

Real defender Sean Odour wrapped up the scoreline with own goal in 73rd minute after being under pressure from Harrison Chisala.

Nkana move to 48 points from 28 matches while Real Nakonde remain on 19th position with 20 points.