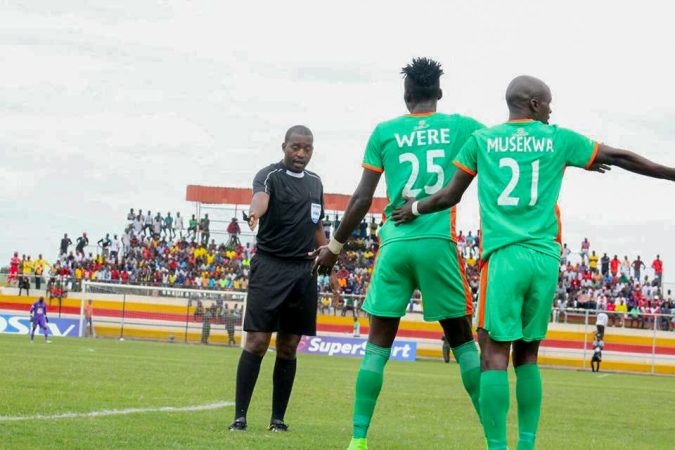 The estimated reading time for this post is 146 seconds


Nkana brace for Zesco United clash traveling to Ndola this Wednesday when they are hosted by FAZ Super League leaders Team Yaziko.

Most noteworthy the second round fixture representing week 23 is headed at Levy Mwanawasa Stadium 16th August 2017.

Also stakes are high in this Copperbelt derby with heated debate going round on social media between Zesco and Nkana supporters on who will carry the bragging rights come Wednesday.

It seems the Ndola giants head into Wednesday’s game as favourites but the Wusakile side can cause an upset.

Zesco have been a thorn in Nkana’s flesh for the past 13 years having beaten Nkana 10 times. And they have only registered one win from the previous 17 meetings.
Interestingly Zesco are coming from a 1-0 victory over Nchanga Rangers on Sunday while Nkana edged Napsa Stars 1-0 denying them the top spot last Saturday.

Kalampa beat Team Yaziko 3-2 at Levy Mwanawasa Stadium to record their first win over United in 13 years on November 6, 2016 under Coach Zeddy Saileti.

Earlier this year on April 29 Nkana came from a 2-0 down to force a 2-2 draw with Zesco in the first leg that was played at Nkana stadium. And this was when Zesco had taken the lead via a 5th minute penalty by striker Jesse Were before Davy Daka added the second goal.

However, Nkana pulled one back through Ronald Kampamba before Ronald Chibwe now with Forest Rangers restored parity in the 80th minute.

City of Lusaka vs Nakambala