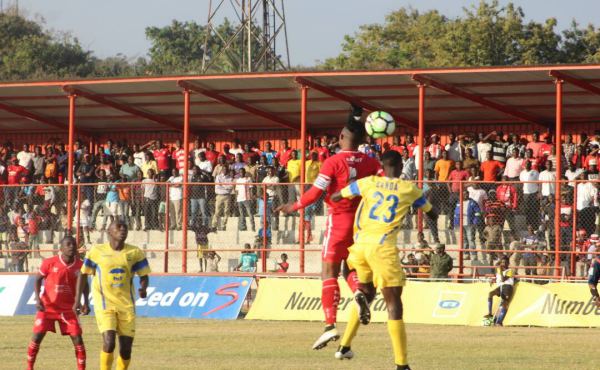 The estimated reading time for this post is 103 seconds

NAPSA Stars suffered a major setback when they failed to reclaim the MTN FAZ League leadership after going down 1-0 on Saturday at Nkana Stadium in Wusakile.

Napsa are winless in the previous five matches after recording Two defeats and drawing Three matches.

Nkana could have taken a lead on 6th minute when Jacob Ngulube failed to convert a John Sikaumbwe pass that went straight into the palms of Rabson Muchelenganga.

Four minutes later Jacob Ngulube set up Shadreck Musonda with a brilliant pass but his shot was blocked by alert Luka Banda.

Napsa came close to scoring in 15th when Mangani Phiri forced his was through Nkana defense but Dieugo Apanane cleared the ball away.

Nkana wasted another chance in 24th minute after Jacob Ngulube failed to score from a Walter Bwalya pass.

Austin Banda could have separated the two side on 28th minute had his shot not gone slightly off target.

Striker Ronald Kampamba’s chance to put the home side in front came on 29th minute but Napsa defense was equal to the task to clear the ball.

Kalampa came out strong in second half and their pressure paid off in 53rd minute when striker Ronald Kampamba scored from a John Sikaumbwe pass.

Konkola Blades Vs City of Lusaka