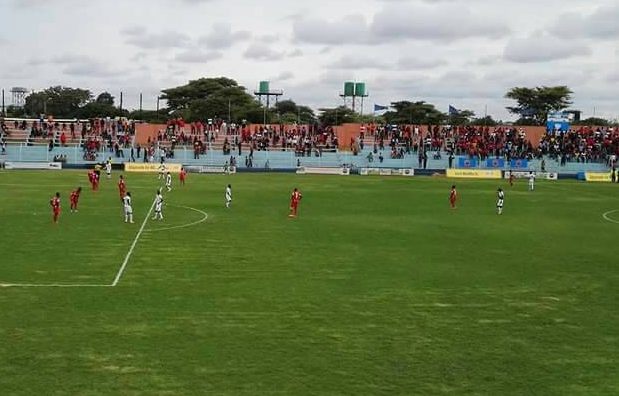 NKANA moved into third position and boosted chances of finishing in the top four with a resounding 2-1 victory over Red Arrows in a tightly contested week 35 match of the FAZ Super League on Saturday at Nkoloma Stadium.

Unmarked Kampamba put Nkana in front in the 55th minute when he beat Arrows goalkeeper Danny Munyau to take his goal tally to seven this season.

Ngulube doubled the lead from a set piece in 62nd minute after converting a Shadreck Musonda cross before Festus Mbewe scored the consolation in stoppage time.

The win means Kalampa leapfrog Green Baffaloes into third position but the latter may reclaim third slot should they beat Buildcon in Ndola on Sunday.

The Beston Chambeshi coached side move to 62 points, four behind League leaders Zesco United on 66 points who are in action on Sunday.

Zanaco is second with 64 points while Baffaloes lie 4th on 61 points after 35 matches.

Kalampa will entertain Green Eagles in their next encounter at Nkana Stadium.