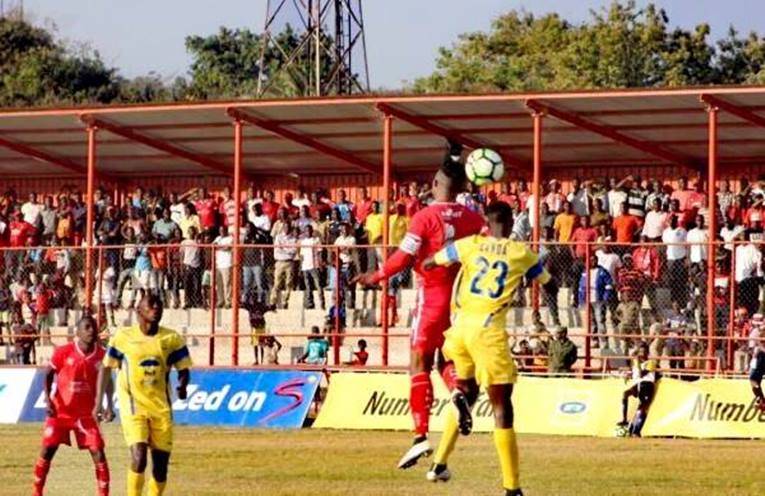 Kalampa Nkana will be looking to build on their back to back wins when they host Napsa Stars in a FAZ Super Division match in Wusakile on Saturday . This Week 27 match is scheduled to start at 15h00.

Nkana and Napsa head into Saturday’s match with contrasting fortunes .

The Bestone Chambeshi’s side want to walk away with maximum points to close in on leaders Zesco United but Muhammed Fathy’s Napsa want to get out of the relegation zone .

Last Saturday, Kalampa claimed their 13th win of the season when they thrashed Zanaco 4-2 in Lusaka on the same day the Pensioners were held to a scoreless draw by National Assembly .

Kalampa are fourth on the table with 45 points from 26 matches while, Napsa sits 18th on the log with 20 points after 26 matches .

When the two teams met earlier this season at Sunset Stadium in Lusaka, the Kitwe side emerged victorious with a 2-1 score line .

Based on previous league meetings, it is Kalampa who have been superior over Napsa, winning four of their nine encounters so far while the Pensioners have only won thrice with two draws between them.

In 2017 , the Kalampa beat the Pensioners in both home and away ties via 2-0 and 1-0 score line respectively .

Napsa last recorded a win at Nkana in 2015 via a 1-0 score line and victory on Saturday will see them post just four wins this season.

Meanwhile, soccer fans are allowed to watch this match after Nkana appealed the one match ban slapped on them by FAZ over crowd trouble.