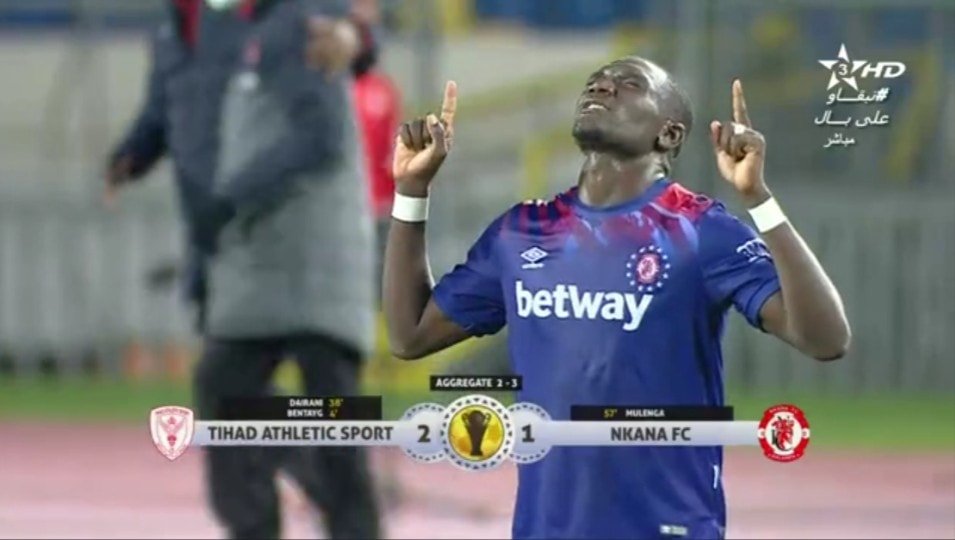 It was Simon Mulenga’s only goal at the teeth of the game (90′) that rescued Nkana from TAS Casablanca.

At halftime, Nkana had gone down 2 to nothing. By the 45th minute, Casablanca had struck twice first in the 9th and second in the 39th minute.

The second half had gone baren until at the teeth of the regulated time when Simon Mulenga emerged within the box and his efforts ended in the net.

In the first leg at Nkana Stadium in Kitwe Zambia Kalampa had capitalised on the record they have kept. Nkana hs not lost a CAF game dating back to the 80s

Nkana is assured a minimum of over 5million Kwacha just participating in the group stage. This will come as a relief for the club that has been struggling of lately with sponsorship.