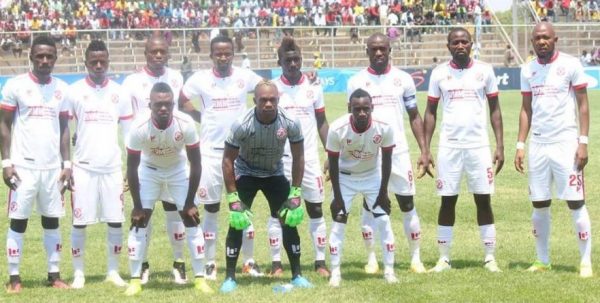 Nkana (Kalampa) have lost 6 times, drawn 6, conceded 30 goals and netting 55 goals. 38 goals have been scored at home Nkana Stadium while 17 are away goals. Nkana’s defence has allowed 16 goals at home and 14 away.

They have accumulated a total of 66 points from 32 games with 38 points coming from home games while 28 points are from away games.

And this Saturday at Nkana Stadium their hopes of playing in the 2017 Caf Confederation cup come under serious test when they face Red Arrows. This is a team who have silenced them on 4 occasions from the previous 7 meetings. Last time Nkana won a game against Red Arrows was on June 22, 2014 in Lusaka by 0-3.

Conclusively, Nkana must win the remaining 2 games in order for them to be guaranteed second position and hoping that Zesco United drop 4 Points. Nkana can only go up to 72 points should they win their 2 games.

But look at Zesco United, they are still contending for the second position and can easily amass a maximum of 75 points from 34 games.

Head to Head between Nkana and Red Arrows since 2013.