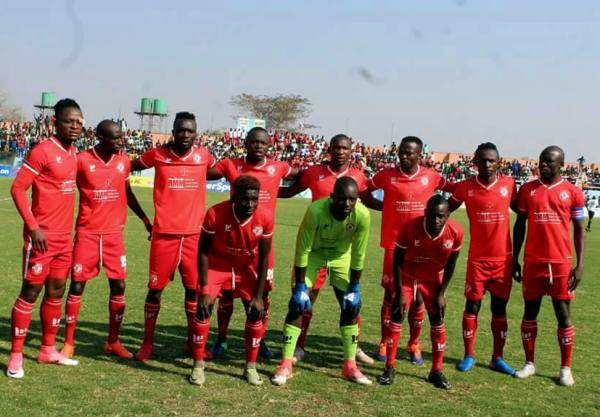 Kitwe giants Nkana Football Club laboured to earn 3 points in Lusaka when they edged stubborn City of Lusaka 0-1 in the tightly contested Week 25 match of the FAZ Super League played on Sunday at Nkoloma Stadium.

Nkana could have taken a lead on 8th minute when striker Walter Bwalya failed to score from a Dieugo Apanane long ball.

Seven minutes later City of Lusaka had a chance to break the deadlock when Kabeya Malume struck outside 18 yard area to force Nkana goal stopper Moses Mapulanga to save.

Soutra Tshimenga scored from a Joseph Musonda free kick on 18th minute but his goal was disallowed by referee Wisdom Chewe for offside. Austin Muwowo had a chance in 38th minute after he was set up with pass from Walter Bwalya only to hit off target.

It was a game of few chances in the first half as it went 0-0 at half time.

Nkana had a second goal disallowed through Austin Muwowo seconds into second stanza as Muwowo was judged offside. Substitute Bornwell Mwape had a chance to put Nkana in front when he shot over the bar on 54th minute.

Bornwell Mwape fired up Nkana in stoppage time with a hard close range shot to give Nkana a 1-0 win over stubborn City of Lusaka. This was Bornwell Mwape’s first goal for Nkana in the 2017 soccer season.

Kalampa complete a double over Yamoto having beaten them in the first leg match played at Nkana Stadium 1-0. Yamoto was better side in the second half despite missing few chances.

Nkana move to 6th position on 41 points after playing 25 matches while City remain at the bottom on 12 points from 25 matches played.

12 times champions frustrated by the Rangers