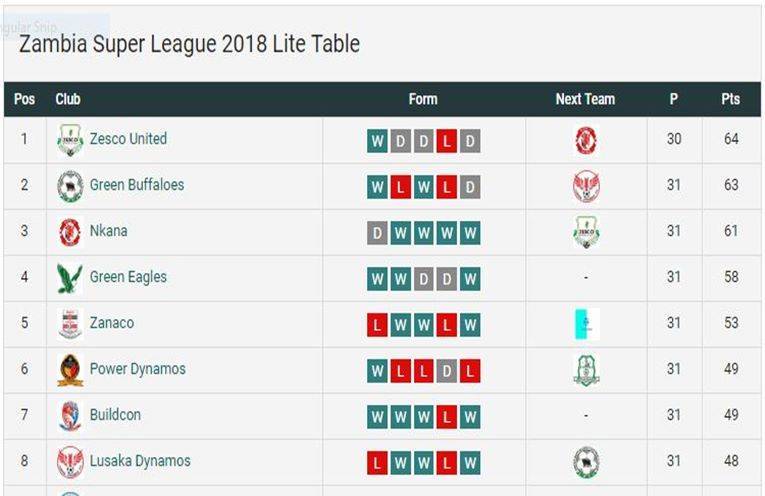 Idriss Mbombo hat trick was all Nkana needed to maintain third position and reduce the gap between the log leader and the second placed.

Mbombo’s goals came through in the first just after the half hour mark 34th minute. But almost another half hour played into second half Mbombo added to the scoreboard but soon G. Tetteh Quashie 75 coiled into the net and made it 2-1. But this was before Mbombo could produce his third making into a hattrick just at the end of regulated time.

In Kitwe Dynamos suffered heavily at home at the hands of NAPSA Stars. Standing at 29 points Muhammad Fathi men have hopes now getting out of relegation if they continue to win.

Rest Of the Results