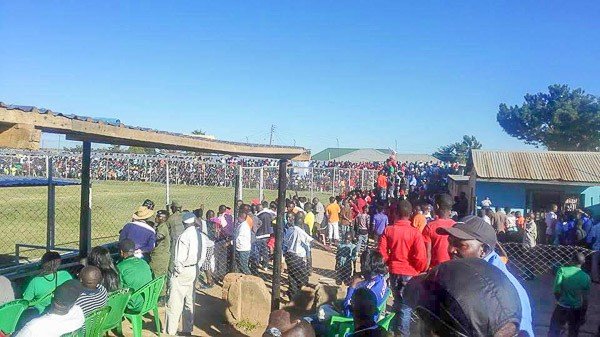 Nkana move to third position of the table on Saturday after thumping Real Nakonde 3-1. They go third on the log of the MTN FAZ Super League in Week Nine fixture played at New Nakonde Stadium.

Left back defender Diego Apanane gave Nkana lead from a free kick before Walter Bwalya doubling the advantage. Walter excelled through a Kapota Kayawe through ball within the space of 15 minutes from the kick off.

The home side scored consolation goal via Bright Kapuma.

This was the second defeat for Real Nakonde within Five days after Nchanga Rangers edged them 3-1 in midweek game in Chingola.

Nakonde remain stuck on 17th position on the log while Nkana remarkably move within the third achieving 15 points. That is just a point short of the top occupied by Napsa Stars.