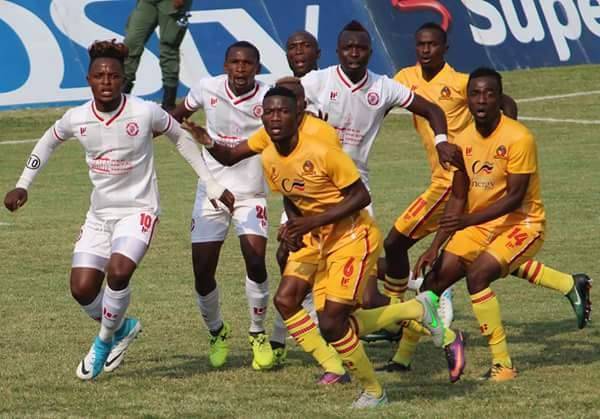 Kitwe Derby – Nkana, Power Primed for Epic Battle. Kitwe Town will be painted red and yellow as Nkana and Power renew their old rivalry in the big Kitwe ‘Kopala ‘Derby on Monday at Nkana Stadium in the Week 4 match of the FAZ Super League.

Kick-off is at 15h00 and live on Supersport Tv.

This fixture has become a tense affair, one that divides Kitwe City.

Heated debate between the two rival supporters on social media have erupted on who will carry the bragging rights come Monday.

Nkana are bubbling with confidence prior to Monday’s encounter having way laid National Assembly 2-0 at Woodlands Stadium on the same day Power drew 1-1 with Kitwe United at Arthur Davies Stadium.

Nkana and Power are 1st and 3rd on the log on 6 and 7 points respectively heading in to Monday’s crucial match.

A win for Kalampa on Monday will see them leapfrog Power provided Green Buffaloes lose or draw to Nkwazi.

Last year, Dynamos welcomed Beston Chambeshi on his return to Nkana as head coach with 2-1 defeat in first leg match played at Nkana Stadium thanks to a Martin Phiri brace after winger Shadreck Musonda had given the home side an early lead.

The two giants have faced each other 18 times since 2008 with Dynamos posting 8 wins compared to Nkana’s 5 wins.

This will be the first Kitwe Derby for Kelvin Kaindu as Dynamos head coach.