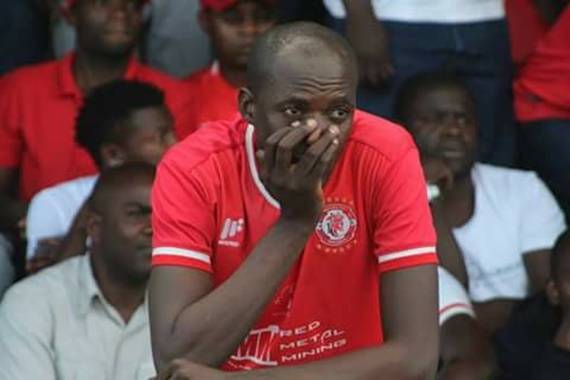 The estimated reading time for this post is 285 seconds

At 13 league titles and an overall 44 trophies in their treasure chest, they are just five trophies away from beating Mufulira Wanderers to claim top slot as the country’s most successful club.

Without a doubt, Nkana has been the most productive waters of Zambian housing the best of talent to have graced the Zambian football landscape but this fairy tale seems to come to its barbed end.

Nkana has been ruthlessly huge: an emotional bully and tyrant that has dominated Zambian football with such voice , heart and command but It looks like it’s time to pass on the reigns of power.

The Giant Begin to Suffocates

The nightmare in Wusakile is spiraling out of control and Nkana faces relegation. The financial woes are gripping tight on the neck of this giant and these president’s donations are nothing but the last kicks of the dying horse.

From failing to pay players their salaries to the pulling out by Mopani due to purported financial mismanagement at the club, a wealth of evidence about how wrecked their future looks trails behind them as the clock keeps ticking.

It has been a dry and bumpy season for Nkana this season as they lie at number 13 on the table after 11 matches played. prostrate and exhausted in a dead man’s posture, there is no sign of a pulse. All indicators point to one thing: Relegation and this is why?

The financial hurdles at Nkana are slowly sending them to division one and they won’t survive on the oxygen machine forever.

These woes crept in and began to eat through the fabrics of the soul of the club like a canker worn last year 2020.

There were reports of financial mismanagement which was so destructive that by May, the grant they received from Mopani had finished. This wasn’t taken with any iota of politeness by Mopani who cracked a whip by withdrawing the salary grant.

Nkana won the league but three months on, the players had not yet received their winning bonuses as the coffers were dry and dusty.

Stories of Idriss Mbombo keeping the league trophy at ramson were not fairy tale legends. The players had not been paid. The kick the club got in the stomach from Walter Bwalya who demanded his unpaid dues is not subject to this article and won’t be discussed.

These financial kicks and stabbings on the club are taking such a torrid toll on the club that the club is now not only failing to fulfill their champions league fixtures but also struggling to keep hold of their most priced assert: Idriss Mbombo and this is what will eject Nkana from top-flight football.

Where there is a carcass their vultures linger and Nkana struggles to live by Mbombo’s billing.

Scavengers have been joking for the position as YANGA one of the most impeccable opportunistic feeders battles out against El Guna for Mbombo’s signature with tempting offers.

If Idriss goes which is most likely, numbers show that Nkana relegation is imminent. Nkana will not survive relegation.

Nkana this season has only scored 7 goals and four of those goals have come from Idriss. Take his exploits away and Nkana will only remain with three goals in 11 matches. Projecting into the future they will be left with nothing to keep them afloat in the relegation zone.

Mbombo has been all that Nkana needs to survive relegation. He has been a rare depiction of form, colour, texture, and the fighting spirit that has been winning Nkana titles from the 70s.

He has been a button of attack and wins each time Nkana got questioned and he barely fails to deliver in this demanding role and if he goes, no one absolutely no one is available on the market to fit in his shoes.

chipping into perspective, the proceeds that will come from his sale will find too many problems to solve that it won’t be enough to buy anyone as a replacement.

There is a possibility of a 400,000 USD boost from Walter Bwalya’s transfer to Al-Ally but that money is nothing as compared to the problems Nkana has. The money won’t buy a replacement for Mbombo and will only act as a bait that will be used to fish the giant out of their waters of glory and follow their Cousins Mufulira Wanderers to National Division.

Facts do speak and when they do escape is a rare gem. Mopani has pulled out, Nkana is dead broke and the patron the republican president can’t sponsor them. Nkana might be relegated.