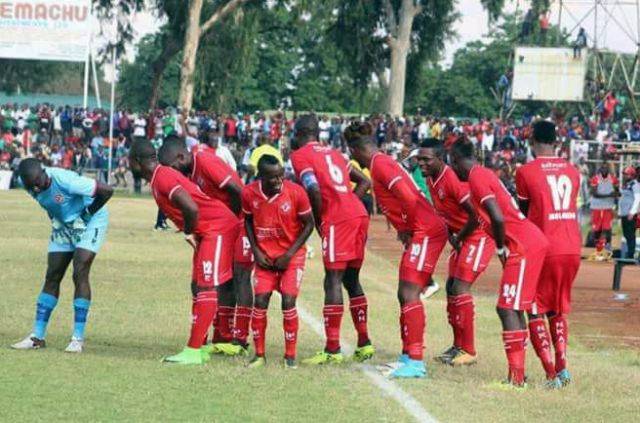 The estimated reading time for this post is 83 seconds


Nkana leapfrogged Zanaco to second position with a 2-1 win over Mighty Mufulira Wanderers in the Week 37 match of the FAZ Super League on Saturday in Mufulira.

Kalampa qualified for next year’s continental football after Lusaka Dynamos went down to Kabwe Warriors 1-0 at home in Lusaka.

Kalampa could drop to third or fourth place on Sunday should Green Buffaloes and Zanaco win their respective matches.

Zanaco and Buffaloes are on 67 points each on 3rd and 4th place respectively.

Nkana move to 68 points two behind leaders Zesco United (70) who are in action on Sunday.