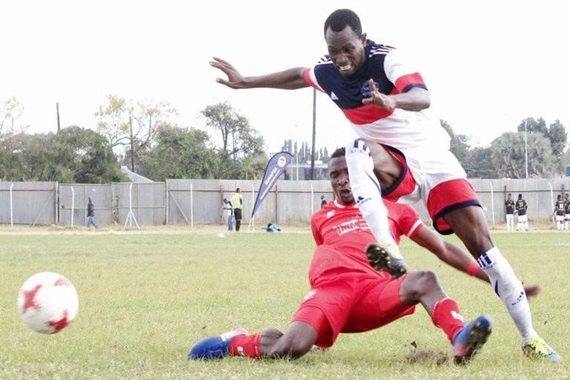 Nkana on Saturday face Nkwazi away at Edwin Imboela Stadium in Lusaka as the FAZ Super Division enters Week 16. Third placed Nkwazi with 27 points are expected to test Nkana’s unbeaten run away so far in the season. And at Garden Park the Bankers will have a tough to convince Chingalika.

Kitwe United are seating 12th having been discouraged from the previous games whose form showed not well. The last five games has seeing D W L L D. A draw to Lumwana and previous week a loss to Zesco United. Nkana also won from a Sate Sate lone goal.

Chingalika though had punished New Monze Swallows bearly a week. And in Ndola for week 11 Tenant Chembo men failed to collect maximum points held by Chingalik when the match ended at 1-1 draw.

Kalampa are 4th on the table with 26 points from 14 matches played.

The Police Team is expected to be tough despite Kalampa posting 4 wins from the 7 previous league meetings in Lusaka since 2008.

Nkwazi are yet to test a defeat in the last 3 games having managed to record 2 wins and a draw.

In the reverse fixture played in Wusakile, Kalampa reign supreme beating the Police outfit 2-0 with forward Ronald Kampamba and defender Diego Apanane scoring a goal each .

A win on Saturday will see Kitwe Giants relegate Nkwazi to fourth position.

Lusaka Dynamos have so far played only 12 games with 18 points lingering in the 11th position. Though they are missing three games that involve Power Dynamos for week 15, Green Eagles week 14 and Nchanga Rangers week 13. Last three games where not played as the Elite had most of their players away to Cosafa Cup.

For week 16 they still will miss a home game against Forest Rangers representing a fourth miss in a row.