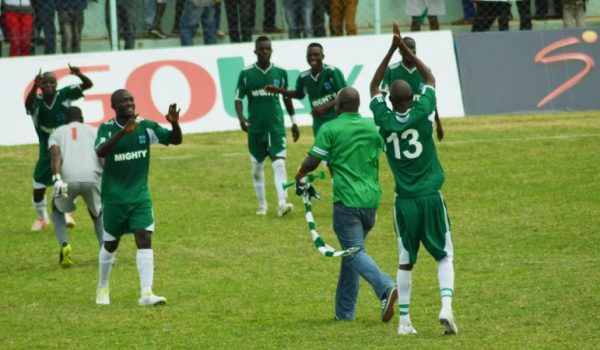 Roan United will battle it out against Mufulira Wanderers at Kafubu Stadium on Saturday for the supremacy of the veteran teams of Zambian football.

Despite not being among the favourites to win promotion, Roan United have seen their results improve recently since week five when they lost 2-1 to Konkola Blades.

Since that loss, they have won two games and drawing two. The two wins were recorded against Kalulushi Modern Stars and Ndola United while the draws came against FQMO Mining Operations and Mufulira Blackpool.

That said, Roan United will be facing a Mufulira Wanderers team that is yet to lose a game, the record that they want to protect at all cost if they can have a real chance of catching up with the top two teams.

Mufulira Wanderers have had an extremely eventful opening season and this may lead them to believe they have a great chance of sneaking on top of Zone Two this weekend by the end of the games on Sunday. The opportunity is that Chambishi are away to a tricky FQMO Roads and second place Konkola Blades are engaged in what is probably the game of the week in Zone two as they play Indeni who ended the unbeaten run of current leaders Chambishi.

The advantage is so clear to see for the ‘Mighty’ team and should the top two lose and Mighty wins by whatever margin, then the Mufulira outfit would for the first time this season lead the pack but they’ll have to improve their run of draws and turn them into wins. These are are games the Mufulira outfit should start winning should they have a chance of bouncing back into Super League.

Between 1994 and 2006, the two teams have met on 20 occasions with Mufulira Wanderers recording 11 wins and Roan 5 with 4 draws apiece. The 4 draws have all been score draws. Out of the 11 wins that Wanderers have recorded, 7 have been won at Shinde and 4 away at Kafubu in Luanshya. And out of the 5 wins recorded by Roan, 2 has been recorded at their home ground while 3 at Shinde. In all the 20 encounters between these 2 teams, Roan has scored 17 while Wanderers forced 24 against the stylish team of Luanshya.

Mufulira Wanderers have been truly atrocious with their draws and it’s that reason that puts them third on log even though they remain the only team without defeat. Therefore, Roan United have a chance to get something out of this encounter. That said, Mufulira Wanderers should still be able to squeeze out a victory.