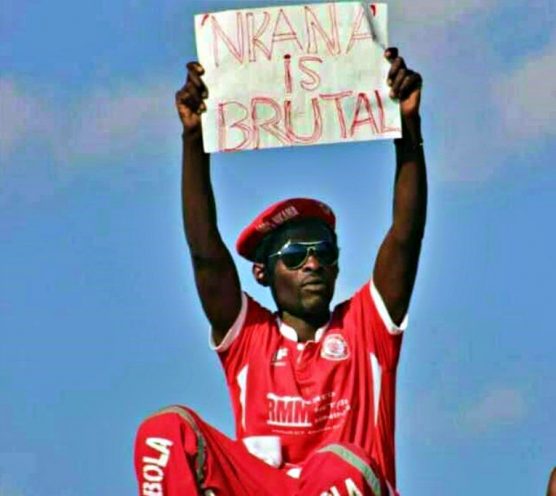 There has been a hole in the wall of Chambeshi’s defence and it now looks big enough to serve as an exit door for him.

While the result yesterday at Chilata speaks volumes about the amount of work Chiyangi has been doing at Eagles, the same result revealed how fatigued and tired Chambeshi is with his job at Chilata: He is loosing touch with his usefulness and the sooner he acts the better.

To begin with, it is absolutely an unacceptable for Chambeshi to talk about fatigue when he has such level of experience in the game. If a coach cant curtail a problem like fatigue then you wonder what his job is and why he gets paid.

Chambeshi was given all the freedom to assemble a team to take him through the season and he would have concentrated on building depth since he knew there were champions league matches ahead.

The fact that he lacks depth in his team making him unable to rotate players is a red light enough to provoke the Nkana faithfuls and soon they will call for his blood.

Secondly, this is not the first time Chambeshi’s defence is shipping in goals like that this season. They shipped in goals in Kumasi, what did he do to help the situation?

They shipped in goals in Khartoum. What did he do to correct the situation? Nothing.

They allowed silly goals in CS Sfaxien and the fact that Green Eagles raped them pants down in their own bedroom yesterday suggests the Job might be too big for Chambeshi.

The Nkana defence has been Chambeshi’s weakest link and it seems he has no solution to mend the patches. It is not always that coaches must sign new players to solve a defensive or scoring quandary. Its the job description of a coach to help players perform through tactical training.

If Chambeshi is only waiting for the transfer window to solve the defence problems at Nkana then he is not the right man for that Job.

Let me end by reminding the Zambia football family that it is Chambeshi’s slow action to his defence problems which cost Nkana the title last year. By the time he acted by bringing in Musa Muhammed, it was too late.

The team has become bigger than him.