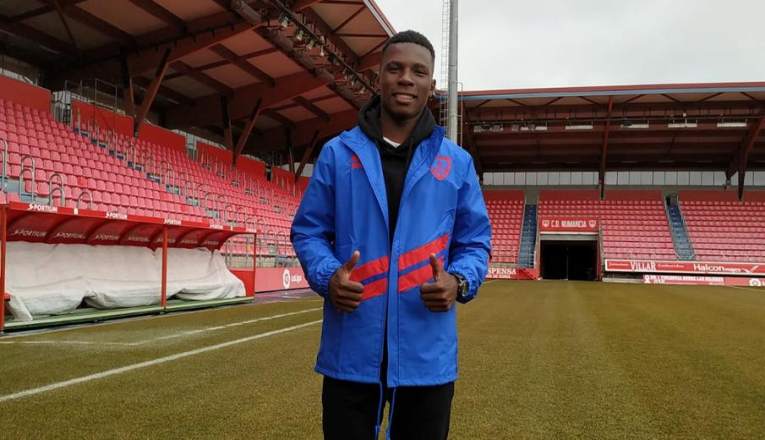 Patrick Gondwe and the top 5 players to watch this season 2020/21 of the Zambia super league will take off to one of the most promising league seasons.

The smoke of uncertainty on when the league will resume doesn’t seem to clear but the take-off to one of the most promising league seasons is inevitable.

Here are the top five contenders for player of the season as the Zambia Super League kicks off.

At 19, Patrick GONDWE has already mastered the most therapeutic trademark moves of a world-class attacking midfielder and when he put a few on display in the charity shield, bookmakers had quite a lot to talk right home about him.

Patrick Gondwe is nothing but a candy presentation of  delicacy and charm. He held and protected the ball with  such grace and melody. Going forward, his balanced center of gravity gives him an edge in motion which aids his deft and staggering footwork. He is a catastrophe about to happen!

Just like Patrick Gondwe, I had a closer look at Golden Mashata during Green Buffaloe’s pre-season outing and this boy is a cooking on gas.

He on the right and Robinson Siame on the left will be one of the most ferocious wing attack systems we’ve never seen in a long time. The 18-year-old Mashata is a genius on the ball.

He runs directly into defenders sending them in a backward spiral and keeps pressing them for detail about their defense capabilities. How he keeps the ball close to his feet at top speed splitting defenders wide and open is simply sensational and a joy to watch!

Mbombo carries some destructive megawatt power in his legs. The muscles in his neck are made out of nothing but savage power. He jumps like a Borg and heads the ball with such crushing force making him deadly both on the ground and in the air.

He is a devastating threat and nightmare to any defense. That brace against Indeni in the Charity shield took his tally for Nkana to 42 in 60 appearances; a scoring rate of 70 percent and a staggering average of 3 goals per game.  That’s insane and this is definitely a man you will look forward to watching with the eagerness of a wild cat in attack!

The 2000 babies who never had some proper time of watching the legendary Laughter Chilembi can take their seats with a bottle of Fruiticana and watch Zachariah Chilongoshi unfold into wing back greatness in the spirit of Chilembi.

The Power Dynamoes wing back looks like dynamite awaiting explosion this season. He has been a busy body in Micho’s redeemed squad: A pound for pound diesel grinder who never runs out of gas. He is small in stature but the intensity on his is ever orgasmic. His tackles never just miss target: Sheer flamboyance.

Desperately talented and technically gifted, Kelvin Mubanga Kampamba now of Zesco United seems to have come out of age. Kemuka has always been outstanding for Nkana but he has never shown will power and desire to thrive than he has after joining Zesco.

He has been the cornerstone on which Micho wants to lay the foundation of his CHAN squad and the odds look rich and rewarding.

He carries a terrific double threat of poise and vision. His balance, control, and awareness on the ball is mouth-watering. How he brews some champagne moves out of the blues and poke holes in tight walls round the final third is mistic. Quick, sleeky, and ferocious in front of goal, he is a serious contender for the 2020 player of the season accolade.