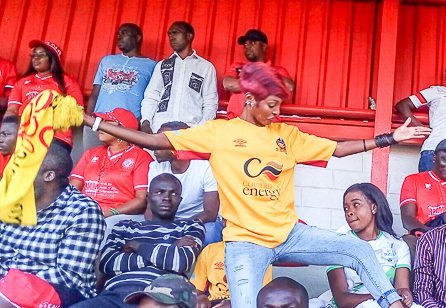 This was Bestone Chambeshi’s first game in charge with his assistant Manfred Chabinga. Shadreck Musonda opened the scoring in 20th minute before Martin Phiri cancelled out the opener in 43rd minute.

Both teams had some good chances to increase the advantage but failed to utilise them. Phiri doubled the score line in 46th minute to send Dynamos supporters into wild jubilation.

Saturday’s win has pushed Power to 20 points four better than their townmates Nkana who remain stuck on 16 points on 8th position. Kalampa are winless in two previous games and have conceded 15 goals.

Nkana will face Nkwazi FC in Lusaka in their next encounter.