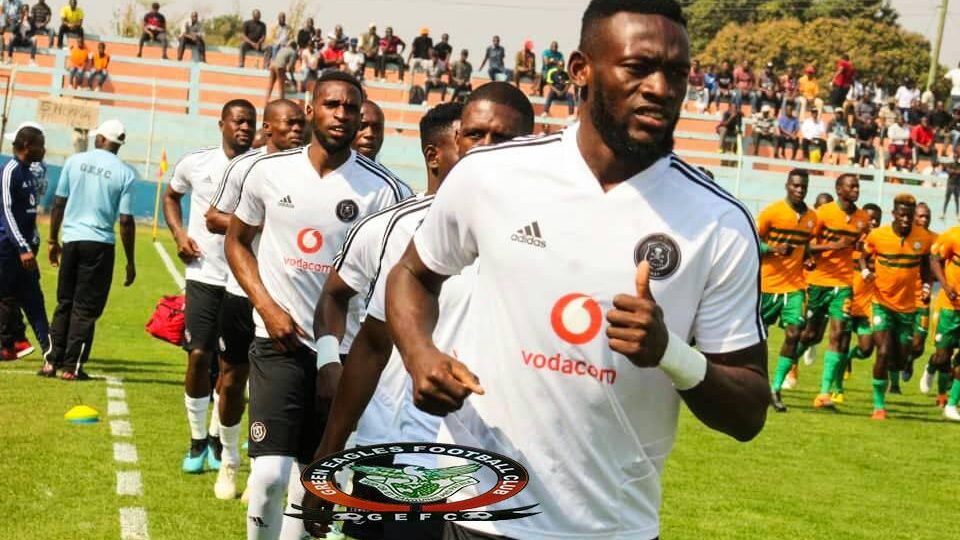 Orlando Pirates just lost one of the best coaches in Africa, knocked out of the MTN 8 and have gone four games without a win. Green Eagles must be preparing for the next fixture but this one is done.

More On Pirates; Pirates Must be Wary Of the Hovering Eagles

Oh! Pirates is a walkover?

No! Green Eagles must not flirt with danger. This fixture is far from over. The visibly frustrated Orlando Pirates might be a Banana Skin for Green Eagles as the two sides prepare to battle this weekend.

Orlando Pirates might be falling from grace but they are still a good side and if Green Eagles get carried away by the bad patch their opponent is going through, they might trip and fall. What poise, what a squad, what aggression and will power Pirates have to win in Orlando must never at any time be downtrodden or underestimated.

They are at their lowest but definitely not down. This is the same Orlando Pirates team that left Kaizer chiefs swallowing packets of dust in the season opener and nothing has changed about their squad. It’s only the pendulum of luck that has swung to the other end. what if their lucky bones dropped back right this weekend?

The rough patch Orlando Pirates is ridding on doesn’t take anything away from a giant they are.

They are still Orlando Pirates: The epitome of South African football, nine times league Champions and they will be playing from Orlando stadium. That is their shrine, their fortress, their confidence and what might not have worked for them at Nkoloma in Zambia might not refuse to work at their own shrine.

Green Eagles are a step ahead but they are trodding on slippery ground. They must not be complacent and deceived.

Showdown At Orlando; Pirates vs Eagles

Flipping the coin, Green Eagles will fly to South Africa with a full understanding of the magnitude of this fixture. It’s not the first time they are playing in Africa and they don’t look like a team that can throw away such a precious lead.

They will put their hearts on their sleeves, walk-on BROKEN bottles, endure the line and needles of intimidation and fight to the last of their blood drop and Orlando Pirates better be ready for spills of blood if need be.

At the 2019-20 CAF Champions preliminary battle, the front will be Tapson KASEBA and Spencer Sautu. They will act as the tip of the spear and lead the ground assault.

The battle for the midfield will decide this fixture and Chiyangi will rely on Captain fantastic Caeser Hakaluba: A workaholic and industrious boy who knows no rest. Hakaluba rarely loses the ball and the Orlando Pirates midfielders will have so many lectures to learn from him in terms of decision making, mental balance, and precision.

At the heart of defense will stand a rare combination of the Berlin Wall and Great Wall of China in Gift Wamundila and Felix Sunzu. The chemistry between the two may just worsen the scoring problems Shonga and company are battling with. Gift Wamundila and Sunzu are simply impregnable.

Its a fixture Eagles can win but it is game on