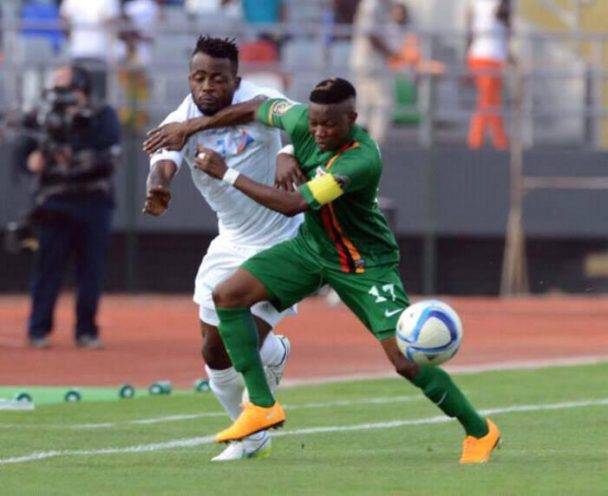 The estimated reading time for this post is 101 seconds

Rainford Kalaba is an international footballer from Zambia playing for TP Mazembe. He is also the captain of the Zambia Men’s National Soccer Team.

After shining at Under-17 and 20 levels, Kalaba made his maiden senior appearance as a teenager in a Council of Southern Africa Football Associations (COSAFA) Senior Challenge Cup’s 3-0 win over Swaziland at Woodlands Stadium in which he also contributed a goal.
From there on, Kalaba has made 100 appearances for the Chipolopolo, scoring 15 goals in his 12-year career.

The former Zesco United and Afrisport midfielder has played nine matches for Zambia in the COSAFA Cup while turning up five times in the Council for East and Central Africa Football Associations (CECAFA) Senior Challenge Cup.

His is part of Zambia’s golden generation that bagged Chipolopolo’s maiden Africa Cup title under the tutelage of Frenchman Herve Renard after beating Ivory Cost 8-7 on penalties in Libreville in 2012.

Talented as he is, Kabala has polarised opinion among pundits and fans across the country.
Kalaba was appointed Chipolopolo skipper on January 7, 2015 before the Africa Cup finals in Equatorial Guinea, taking over from Russia-based defender Stopilla Sunzu.

Zambian football historian and statistician Daniel Kaoma describes Kalaba’s two-year stint at the helm of the team as uninspiring.

“Since 1964, when Zambia got affiliated to FIFA, we have had something close to 38 captains for Chipolopolo. Kalaba’s reign as captain can be described as just one of those.

“He is the type of captain that has failed to provide leadership…he is one who when the team, is sinking does not fight to save the team, rather he would sink with the team,” Kaoma said.