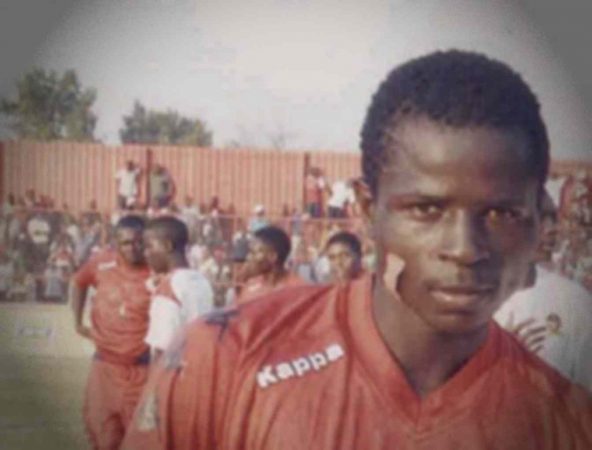 Ronald Kampamba also passionately known as “Sáte Sáte,” is a Zambian footballer who plays for WADI DEGLA an Egyptian club.

He is a former key player of the Zambian Premier League club Nkana Football Club where he earned a  labelling and title of “Kalubula” and “Landlord” given his prowess at the goal and consistent appearances at the club especially when the club was demoted to Division 1.

In 2013 Ronald ” Sate Sate” Kampamba won top scorer of the year with 18 Goals and earlier in 2012 he had the same status with 15 Goals as top scorer in the Zambia Super League.

Kalubula! (Landlord) a year ago.
Soccer Africa analysts says he as set a record worldwide for footballers.

After moving to Egypt his former team (Nkana FC) has struggled to find the back of the net, which has forced the clubs administration amid firing of coaches to start looking for professional strikers.
~With edition

Ronald Kampamba has scored 58 league goals in the MTN FAZ Super League since 2012.