Skip to content
You are here
Home > Uncategorized > Power, Zanaco and Nkana progress to the Semi Finals 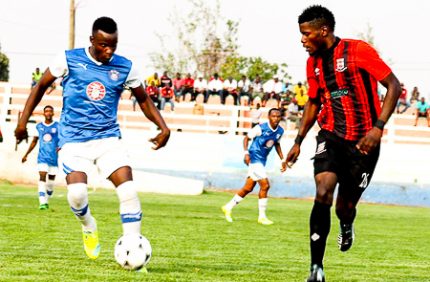 Power Dynamos, Zanaco and Nkana have progressed to the semi finals of the Zambia Barclays Cup 2016 edition. They each qualified after beating their opponents in the events that flowed with a total of 10 clear goals.

Beginning with Saturday 17th September, the early kickoff, Nkana against Kabwe Youth Academy, saw the later beaten to an astounding three to one. The first half preceded goalless though Nkana was reduced to 10 man after Walter Bwalya send off.

Daniel Chama from the young Academy broke the scoreboard few minutes into the second half. Four minutes later the lead was countered by Bornwell Mwape equaliser from a Jacob Ngulube assist. Mwape went to record a brace again from the Ngulube assist in the 72nd minute

Mwape recently joined Nkana and the goals in the Barclays counts as his first for the Wusakili side. The Youth Academy was put to rest with the final goal a minute before the end of the regulation time.

The second kick off saw the league leader of Numamba devastate Kabwe Warriors. A 3 nil victory over the Warriors was recorded by the bankers.  From the Saith Sakala in the first half to Isaac Chansa’s goal after the break, and finally to the killer strike from Kwame, in the late minutes, showed Kabwe Warriors was no match to the victors.

The 17th and 18th September events have confirmed three teams through to the semi final of BarclaysCup 2016.

The remaining fourth team will be decided in the rescheduled game to be played between the #CAFCL semi-finalist Zesco United and Konkola Blades.