Skip to content
You are here
Home > COSAFA Cup > Rachael Nachula Barbara Banda and Rachael Kundananji -When will the fantastic three play together? 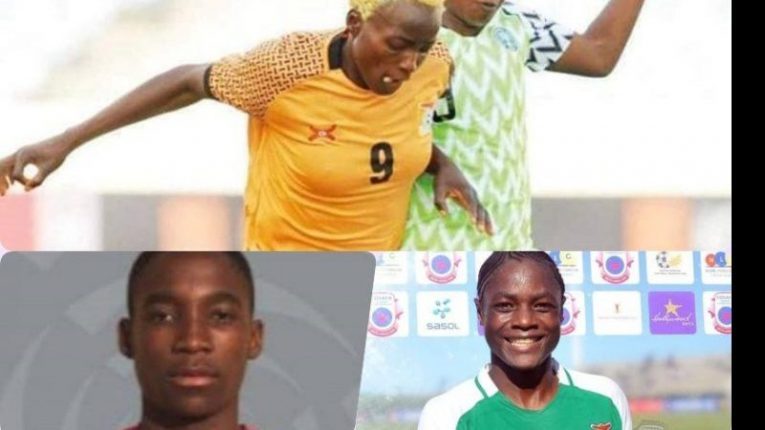 It was baptism by fire in South Africa as the Shepolopolo also Copper Queens pounded Mauritius 15-0 at the Group B inaugural matchday of the COSAFA Senior Women Championship.

Rachael Nachula took things personally when she rattled the net eight times and created five more goals but that’s definitely not the best performance we can ever see from the Zambian girls as the fantastic three have not yet played together in a year.

It was a comprehensive display from the Zambian girls who picked from where they left at last year’s AFCON but we keep wondering what would happen if Rachael Nachula, Barbra Banda and Kundanaji were all called for duty.

She is Zambia’s most prolific Arsenal at the 2019 COSAFA championship and she was there to cast all doubting Thomases about her potency into the drains. She is mentally and physically imposing. Built to kill, Nachula has the potential to be Africas finest Woman footballer. Mauritius is a minow in women football but none of her eight goals came on a silver plate, she works like a six-cylinder head engine and never just gets tired of running.

Unarguably Zambia’s best women footballer. Barby has not played for Zambia since her move to Spain last year. She missed the AFCON tournament due to injury and she was highly missed as Zambia narrowly failed to qualify to the world cup. Barbra plays for EDF Logrono in Spain where she scored 7 goals in 13 appearances last season. She has so far scored 28 goals in 36 appearances for her country and that already screams thunder about the quality she possesses in her right foot. She has not yet combined with Nachula in any serious competition and Zambia will keep waiting for such a time.

Quick, towering, sleek and deadly, RACHAEL KUNDANANJI plys her trade with
Kazakhstan champions BIIK Kazygurt a team she joined last year after she had a fantastic Afcon where she scored three times for the copper Queens. Prior to the Afcon, she had scored an insane 21 goals in 18 matches for Indeni Roses. KUNDANANJI is a beast on and off the ball, her ability to run straight into defenders beating them at every twist and turn makes her top on the list of most promising Women African players.

KUNDANANJI and Banda couldn’t make it to this year’s COSAFA championship due to their club commitments but their rise to the top of the women football stage tells volumes about Women football in Zambia: ZAMBIA has come of age.

The fantastic three have not yet combined to show the world what Zambia can offer at the big stage and we keep waiting for such a time. For now, the question is can RACHAEL NACHULA inspire Zambia to Southern African GLORY? , The games just began.