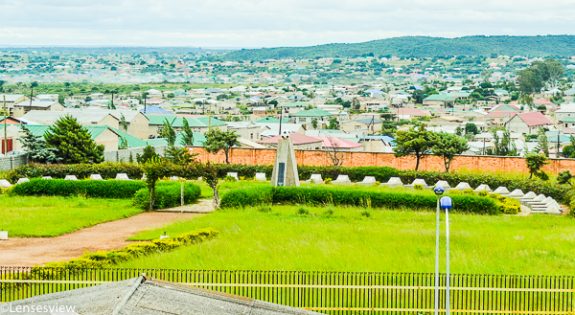 In remembering our heroes thesportlr  travel back 23 years into the past to the coast of Libreville, Gabon, a country with shores facing the Atlantic ocean. This is where the plane crashed in the early morning of 28th April 1993 and killed all 30 passengers that included the crew, Football Association Of Zambia officials, coaches and the travelling players.

The Zambia national soccer team was travelling to Côte d’Ivoire (Ivory Coast) having come from Mauritius with a record win. “The Chipolopolo were a very promising Zambia national soccer team. At the 1988 Olympic Games in Seoul they thrashed Italy 4–0. They had their eyes on the 1993 Africa Cup of Nations trophy and a place at their first World Cup.”

Alex Chola  born 5th June 1956  and died 27th April 1993 in plane crash was a Zambian footballer and coach. Voted Zambian Footballer of the Year in 1976, he is regarded as one of the greatest Zambian players in history and is the country’s second highest goal scorer after the railway legend Godfrey Chitalu.

His career is reportedly to have started with Solbena F.C from Democratic Republic of Congo. He made a mark at Mufulira Blackpool Chola’s exceptional skills were evident from an early age and he forged a sharp frontline with giant striker John ‘Fuso’ Lengwe, Lee Mulenga and player-coach Simon “Kaodi” Kaushi – history recounts.

Blackpool won promotion to the Zambian top league and in April 1975, Chola ended defending league champions Green Buffaloes long unbeaten run with a clinical finish at Blackpool’s home ground Musa Kachofa “Kamuchanga” Stadium in Mufulira. It was the first league defeat in over a year for Buffaloes, who had won the title in 1974 without losing a single game.

At Power Dynamos before becoming Dynamos coach and winning the Coach of the Year award in 1992. A true remembering the heroes will no doubt include him in the Zambian books. Source – https://en.wikipedia.org/wiki/Alex_Chola

Hero Godfrey Chitalu “is regarded as the greatest Zambian player ever.” Born on 22nd October 1947 in Luanshya, Zambia, then Northern Rhodesia later to be happily known as “Ucar”. Chitalu reportedly is Zambia’s all-time leading scorer. A versatile hard worker with a shaping character.

Among other trivialities like the early knack for indiscipline, Chitalu’s talent was noticed by a club trainer called Tirivavi, who encouraged him to concentrate on playing football and forget about boxing so he hung up his gloves conditioned too by the fact that not many boys of his age were interested in the sport.

But that’s not all about remembering the great past and our heroes. Chitalu reportedly scored 107 goals in all competitions in 1972. A top goal count revelation that sparked a bit of controversy when Messi was announced as the leading top scorer in a calendar year.

What are your memories and stories of Godfrey “UCAR” Chitalu?