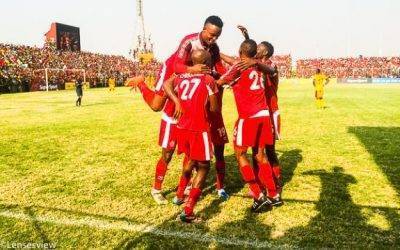 Zeddy Saileti and the Nkana Football Club technical team have put together a 29 player team for preseason camping in Livingstone town in southern province.

But for a half dozen new faces, much of the squad has retained the familiar talents from the bronze winning team of last season.

The new faces already signed are defender Aaron Katebe (from ZANACO) and the dual goalkeeper Moses Mapulanga and midfielder Sam Chilupi both from Nakambala Leopards.

The young defender Kayawe Kapota, having now fully recovered from an injury he suffered on national duty with the young Chipolopolo which kept him from the pitch for the whole of last season, is another familiar name enlisted worth mentioning.

Also Zeddy has recalled Ronald Chibwe who had been loaned to Forest Rangers last season to give the coach more attacking options.