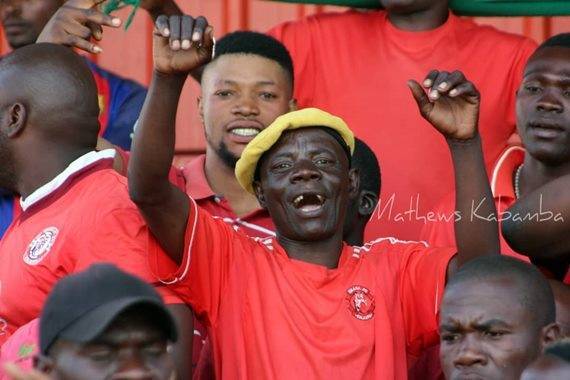 Forward Ronald ‘Sate Sate’ Kampamba netted as 7th on the table Nkana edged out 10th on the log Kitwe United 1-0 in a tightly contested Week 13 match of the MTN-FAZ Super Division played on Saturday at Nkana Stadium .

This was Nkana’s second win at home this season after succumbing to defeats against Power Dynamos, Zesco United , Green Buffaloes and Zanaco .

Kalampa moved in to fouth place after win on 23 points at par with Power Dynamos on 23 points but the Wusakile side have a superior goal difference .

Kitwe drop to 12th position after defeat with 17 points .

Kalampa will travel to Mazabuka on Wednesday to take on Nakambala Leopards .

And at Sunset Stadium , NAPSA Stars were shocked with a 1-0 defeat by New Monze Swallows .

However, Swallows remain bottom of the table on 5 points despite Saturday’s win  after 13 games .

Elsewhere, Leaders Green Buffaloes remained top of the table after coming from a goal down to force a 1-1 against Lumwana Radiants in Lumwana .