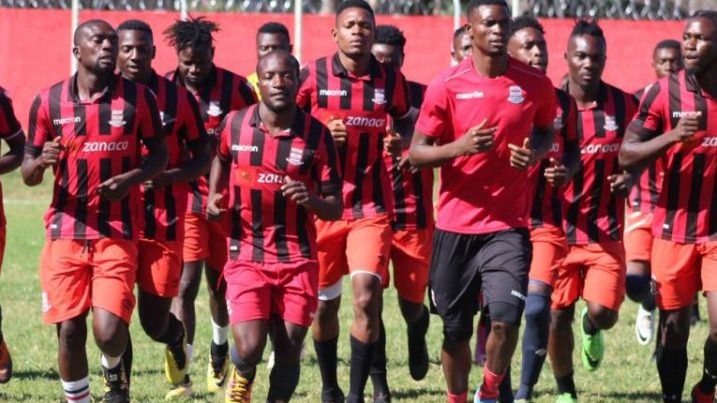 Both ZANACO and Green Eagles failed to collect maximum points in their first matches of the league and victory for both sides will be an essential confidence booster as they prepare for their continental fixtures next week.

Green Eagles were last week held to a 1 all draw by Kabwe Warriors while ZANACO dropped all three points as they were beaten by Zesco United in Ndola.

The match at Sunset has been overshadowed by the international matches and the Under 23 crunch second leg away in Congo Brazzaville but nothing takes anything from the magnitude of this encounter.

Green Eagles will have another test of the depth in their squad as Chiyangi will need to answer more questions on whether he has a squad that can balance between continental hopes and the league.

Gift Wamundila, Warren Kunda, Andrew Kwiliko and … Will be expected to start in the Eagles defence while Amity Shamende and Spencer Nsautu will be in midfield.

Upfront Tapson KASEBA and Musonda who scored the equaliser against Kabwe Warriors last week will lead the Eagles attack.

On the other end of the Sunset Battle , ZANACO will miss the services of Tiberius Lombard and Kebson Kamanga who are out on international duty with Namibia and Zambia under 23 respectively.

The sensational bankers will rely on the experience and leadership of ZIYO Tembo and LAWRENCE CHUNGU to protect Toaster NSABATA who put up a man of the match spectacle in Ndola last week.

In midfield, Eagles will need to be weary of Romaric Pitroipa, Souleymanou Moussa and Tafadzwa Rusike’s aggression and imposing dominance while Kola and Mususu are likely to lead the attack.

Else where, the Bola Na Lesa boys will take on Congo in the much anticipated second leg of the Tokyo 2020 Olympics qualifier while the Friendly match between the senior CHIPOLOPOLO against Namibia still hangs in balance as reports coming are that the senior National team camp has been dismissed .