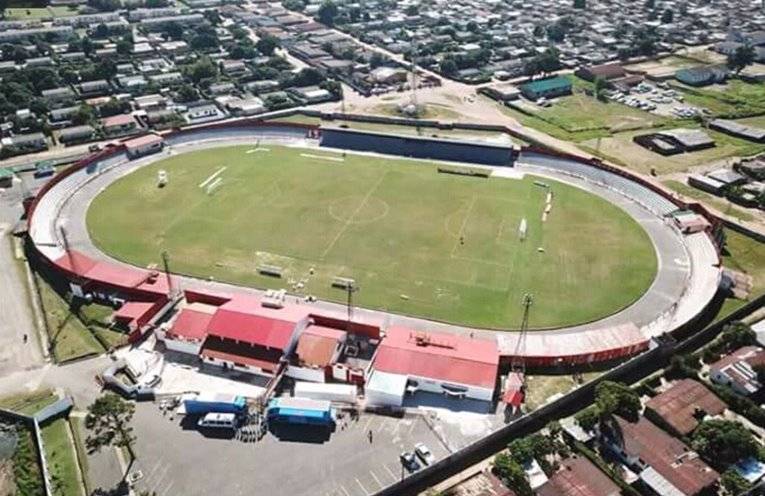 The estimated reading time for this post is 110 seconds

Stadiums in Zambia Nkana Stadium. Nkana Stadium also known as Ichilata is located in Wusakile part of Kitwe near the infamous Black Mountain just off the Ndola duo carriage way.

Ichilata is the home of Nkana Football Club.

The Stadium is often referred to as Ichilata because of the roofing sheets used to build the stadium perimeter. It has the capacity of 10,000 seating fans.

Though the capacity has increased as the recent renovations saw two more rows added to the current rows. The stadium has hosted thousand of home games played since its construction. In the 1990’s the stadium was also used for various inter school sports competitions.

Nkana stadium was first used in 1953 on a colorful occasion that marked the British colonial influence. Nkana stadium was officially opened as Scrivener Stadium by the Queen Mother Queen Elizabeth who had travelled all the way from England.

Bracing the occasion were two English teams. Southampton Wanderers and Hovermpton with Sir Stanley Mathews as captain of the earlier.

Nkana stadium was dressed in colorful ceremonial opening. In procession where Elephants dorned in Union Jack colors and White Horses. riders in remarkable Red Jackets as the Queen mother made a lap perched in a black Rose Royce.

Every fan in the stadium was ushered with Red Flags to wave at the ceremonial procession.

Since then Nkana have made the stadium their own. Initially Nkana was Red Dragons before been renamed Rhokana United. Thereafter they were called Nkana Red Devils. The name Red Dragons and Red Devils arose from their relationship with their English sister club Manchester United who are nicknamed The Red Devils.

Nkana was called Red Devils because of their of tenacity and superiority on the field of play.

To today Nkana Stadium emblem is marked by the same dragon as on Man United flag but now representing the Nkana football club. The stadium has since seen thousand of football matches played there.