Skip to content
You are here
Home > Staff > Guglielmo Arena 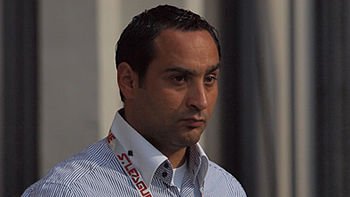 Guglielmo Arena is an Italian football manager and a former footballer who is the current manager of Buildcon football club of Ndola in the Zambia Super League. He was born December 23 1973 in Switzerland.

Guglielmo is a  FIFA AFC Pro License holder which he obtained in 2016 but his managerial career can be traced to Burkinabé Premier League in 2003-04. He led to championship victory the most successful club in Burkina Faso ASFA Yennenga in that season.

Thereafter he moved widely starting with Team Vaud Riviera in 2005 to Benin side Tonnerre d’Abomey in 2007. It was a two year stint leading to a managerial position at COD Meknès in Morocco but didnt stay long eneough and after six months he was on the move again.

He is profiled with Ittihad Khemisset, Étoile FC Singapore (2010), CR Belouizdad Algeria (2012), Al-Urooba United Arab Emirates (2012) and Fanja SC Oman (April 2012). In 2015 at Hangzhou Greentown he was appointed as the assistant coach to  Philippe Troussier in the Chinese Super League.

Before arriving at Buildcon in February 2018 Guglielmo Arena had also passed through Dibba Al-Hisn in United Arab Emirates and Dubai CSC. At Dubai CSC he won the group qualification for the President Cup and qualified the team for the Emirates Cup

Guglielmo Arena started the 2018 season in the Zambian super league with a home defeat (0-1) by National Assembly on 18th March 2018 at Levy Mwanawasa stadium in Ndola.