Skip to content
You are here
Home > Caf Confederations Cup > Stinking Blood: Nkana is Out on a Killing Hunt 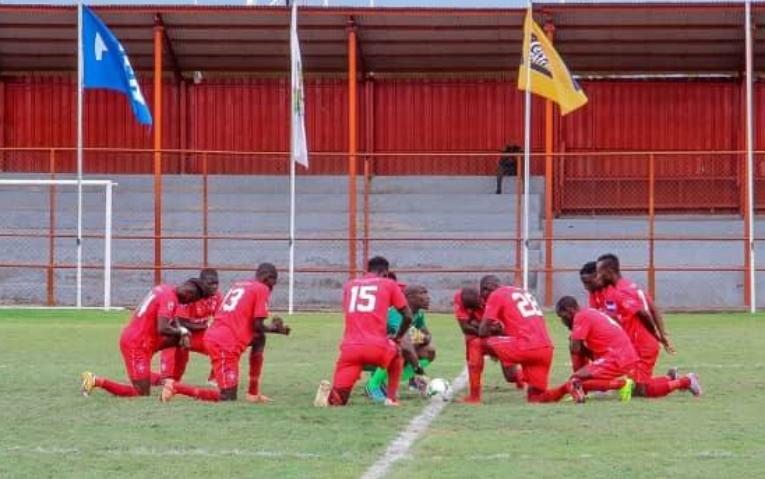 Yes up north air is stinking blood and this evening Nkana is out on a killing hunt in the CAF confederation league.

Hearts on their sleeves and passion in their hearts, the Red Devils of Kalampa are smelling blood as they get into some unfriendly territories of Morroco to finish the job half done.

It has been a stupendous turn around of tables by Nkana who were a few months gasping for life in the relegation zone before a golden touch of favor let the angel of death postpone judgment.

When Nkana needed help the most, young Mulenga took the Zambian league by storm scoring a hat trick in the 4-0 demolishing of Young Green Eagles then Emmanuel Mwiinde grabbed the hook button as he bagged a brace in a 2-0 win over Nkwazi in Lusaka and a bolt from the blue, what started as an escape from hell started to turn into a fairy tale ride on glory slides before Buildcon brought the party to a screeching stop in Ndola as Nkana lost 3-0

There were reports of Nkana failing to raise money to fly the boys to Morroco for their Confederation cup encounter against TAS Cassablanca but the reports were quickly rubbished as false by the Nkana management.

A 2-0 win against TAS cassablanca in the first leg of this Cofed cup encounter saw kalampa maintain a 42 games unbeaten run at Chilata in continental football and the red devils are now out in Morroco to finish the job.

The intimidating atmosphere of fire works and ear deafening singing of animated and ever positively charged Arab fans won’t be there due to Covid19 and Nkana must surely be stepping into the group stages with some majestic easy.