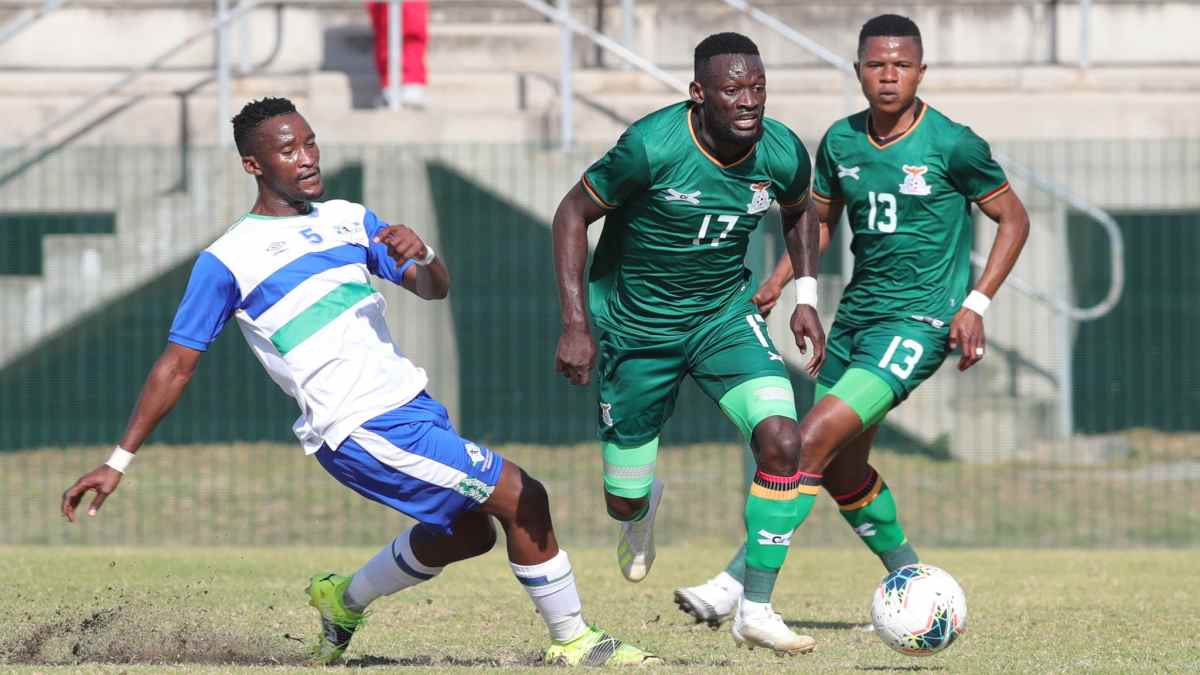 Zambia failed to climb but fatally plunged into an embarrassing defeat at the hands of Lesotho at the ongoing COSAFA senior challenge in Mandela Bay SA.

Zambia failed to climb and gain altitude but fatally plunged into an embarrassing defeat into the mouth of Lukuenas crocodiles of Lesotho. This was at the ongoing 2021 COSAFA senior challenge in Mandela Bay South Africa as Micho watched his world tumble to pieces.

In and out about Zambian football super league, FAZ Division One news, matches, fixtures and logs

A quick brace from substitute Motebag Sera clipped the wings of a full-blooded Chipolopolo side as Micho’s boys remained rooted at the bottom of the Table.

Zambia started on a bright and authoritative note as they dictated play with command and after a myriad of failed clear chances, Ghampani Lungu paced past the Lesotho offside trap to fire a low shot that was stopped by the goalkeeper but Justin Shonga finished off the rebound.

Zambia kept control in the second half but the double pivot of Benson Sakala and Salulani Phiri kept malfunctioning and slowing the attacking sting. Zambia kept control but lacked penetration power and a cutting edge up front as the midfield balance weighed more on defense than attack.

It is a dangerous formula that has cost Micho many games and as the minutes kept ticking, so did Lesotho grow in confidence and when they broke loose, Kabaso Chongo brought down Sera in the eighteen boxes but Zambia survived the penalty scare as the ref blew for offside.

The balance of power at the blink then shifted from Zambia to Lesotho as the Zambian defense panicked to desperate cracks and ten Minutes later the Zambian defense could only watch as Sera tore their plastic authority into shreds as he fired in a sizzler to put Lesotho in front.

Lesotho went on to record their first win over Zambia ever as calls for Micho’s head grew louder back home.