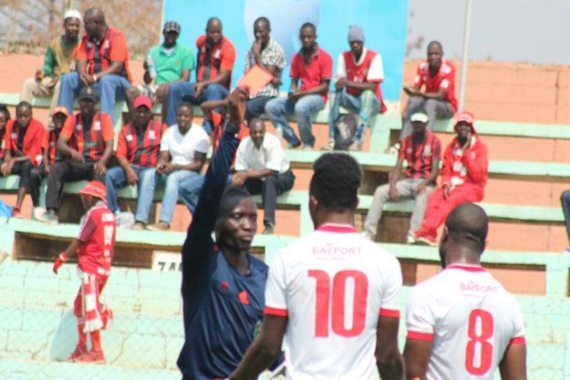 Nkana will be hoping to get back to winning ways when they clash against Kabwe Youth Academy at Godfrey “Ucar Chitalu” Stadium in Kabwe on Sunday. Since the 2018 season start the Academy has struggled having worst results at Green Eagles and at home with Lusaka Dynamos. It is against this background that Nkana hope to emerge and provide good status on the log.

Kalampa are recovering from a 2-1 defeat at the hands of leaders Green Buffaloes at home in Wusakile.

Kalampa heads into Sunday’s encounter as favorites to win but should not underrate the promoted Kabwe side.

Nkana and Kabwe Youth meet for the first time in the history of the FAZ Super Division in this week 12 match.

However, the two teams have met in the semi-finals of the Barclays Cup in 2016 at Nkoloma Stadium in which Nkana came from a goal down to win 3-1 thanks a Bornwell Mwape brace and Austin Muwowo goal. Kabwe outfit netted through Daniel Chama in 52nd minute.

Sixth placed Kalampa have 19 points after 11 matches while Kabwe Youth are 19th on the table with 4 points from 11 games.

As at Week 11, the Kitwe side has won all the away games and a win on Sunday in Kabwe will see them go 5 games unbeaten away.

Despite being the best offensive side , Nkana have only managed to record one win at home this season.

The Kabwe outfit are the worst conceding team in the Super League on 21 goals and are yet to register a single win this season.