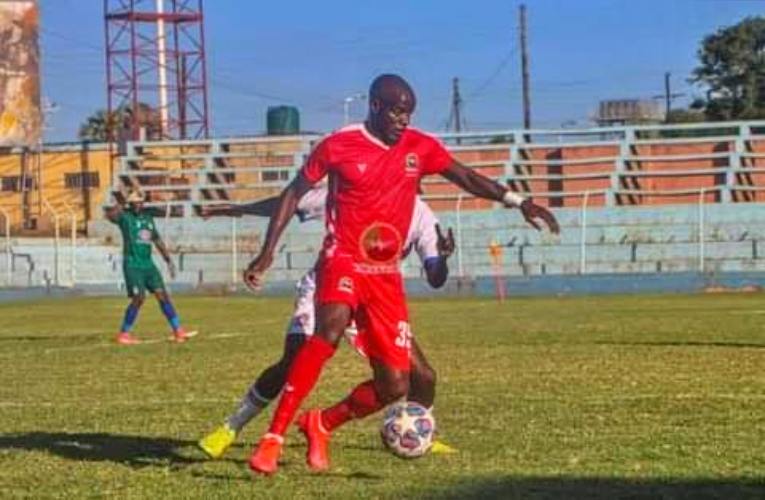 Red Arrows hosted indecisive Forest Rangers at Nkoloma stadium and James Chamanga led the route as Arrows put the Forest men to the sword with a 3-0 bashing.

The veteran former Zambian international opened the scores for Arrows in the 52nd minute before Alidor Kayembe doubled it ten minutes later and eight minutes before time Alassane Diara completed the day’s work with a well-taken curler from a tight angle.

The win shoots Red Arrows into third place and on course for a continental slot as the league knits its seals.

While the Zambian National coach is away in Europe monitoring and talking Zambians on dual citizenship to represent the country It was the 13th league goal of the season for the veteran goal-getter and he keeps getting better.

In the Copperbelt, Power Dynamoes bounced back to winning ways as a blinder of a strike from Godfrey Ngwenya condemned Zesco United to the second loss in a row. Zesco United was beaten by Nkana in midweek before power Dynamoes edged past them with another 1-0 win this afternoon.

In another nail-biting league encounter played in Kitwe, Relegated Kitwe United shocked Kabwe Warriors when goals from Kabangwe Mwaba and Josphat Kasusu gave United a 2-1 win of the railwaymen. Kabwe Warriors scored their consolation goal in the dying minutes of the match through Akakulubelwa Mwachiaba but it was too little too late.

Elsewhere in Lusaka Young Green Eagles’ terrible run on the road continued when Nkwazi handed them a 3-0 beating. Jeff Banda , Christopher Zulu, and Edward Mwamba were all on the score card for Nkwazi.