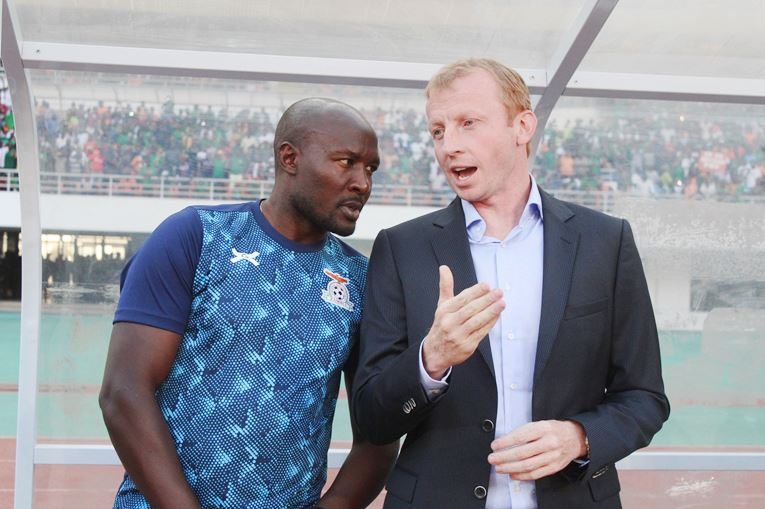 Coach Sven Vandenbroek says he resigned from been the Zambia national coach and that the association lied that they are not renewing his contract.

He is heard from the interview conducted by Kennedy Gondwe saying that it was tough to work as the national coach seeing the landscape is divided and largely not parallel to the ambitions of the coach.

“Its political, based on status, self protection and no one wants to take responsibility.” Sven said in the interview conducted by

Cardinal point Sven also stressed is the interference in football programs as many of his questions where not answered most likely because of job protection by the officials.

Sven also further clarified his statement about national players not on proper diet. A statement that had raised eyebrows. Sven stressed the importance of lifestyle for players with importance on nutrition, water and proper food for the players.

The Belgian assistant coach that came along with Coach Sven is owed by FAZ in salaries. Sven also had some equipment brought in as modern requirement to run successful football.

Sven also said he felt struck often by the country’s football administration. Many things are not done parallel. Example are the two new local assistants who were appointed unilaterally.

Additionally he spent money in and for camps coming to a total of $40,000 from his personal account. This shows the extent he wanted to execute his football ambitions for Zambia.

Sven Vandenbroeck is due to preside for the last time on the next game for Zambia against Namibia on 21st March 2019.

Click here for the link to the full interview