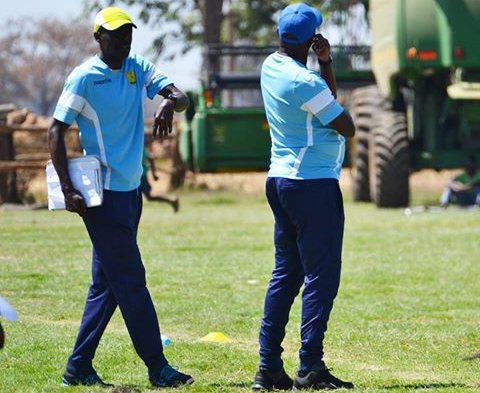 Zambian football breaking news: NAPSA Stars have shown Tenant Chilumba the door to a month forced leave. This is according to the media statement issued by Napsa Stars Media and Public Relations Office. Meanwhile Assistant Coach Linos Makwaza will take charge of the team while the Head Coach is away.

TO: ALL MEDIA HOUSES.

The Executive Committee of Napsa Stars Football Club has requested Head Coach Tenant Chilumba to proceed on a four-week leave with immediate effect.

Assistant Coach Linos Makwaza will take charge of the team while the Head Coach is away.

The club will not issue any further statement on the matter.

Coach Tenant Chilumba last served at Arthur Davies before trekking to Napsa. He was fired on May 5th along with 4 other. Napsa have lost 6 consecutive games after having enjoyed the top slot. Chilumba last won a game on July 15 2017 against Lumwana Radiants.