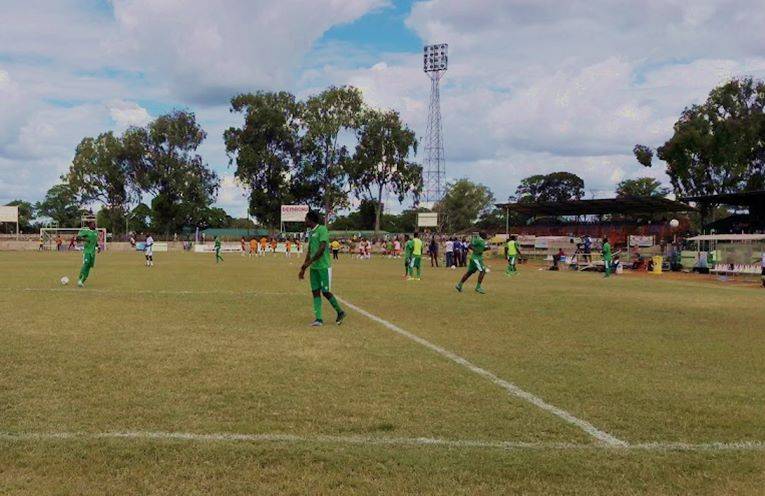 Mufulira Wanderers and Real Nakonde come into this clash as winners of Zone two and three at the half mark and they are coming into this preliminary round with excellent form though Real Nakonde has lost the top slot while the Mufulira outfit still leads zone two.

While Wanderers boss Justin Chinama will be looking to win a double with ‘Mighty’; – win the Barclays Cup and promotion to the Super League. Muchinga Province will look to the Nakonde outfit for a slot in the super league as priority.

They will use this fixture as a way of testing their worthy rather than think of winning it.

They won’t be disappointed to lose this one by all standards. Which will be a different approach Mufulira Wanderers will deploy.

The two teams from two different zones have had contrasting seasons thus far. While Mufulira Wanderers have had a remarkable turnaround in which they look set to clinch the super league slot. Real Nakonde are being given a real run for their money by Prison Leopards and they come into this game second on the log.

These are the two teams that got relegated from the super league last season. In the two games that the two met in the Super League, they shared the spoils with Real Nakonde winning 2 nil while Mufulira Wanderers winning 1 goal to nil in Nakonde and Mufulira respectively.

The two are the only known games between these two teams. Therefore, on head to head, there is nothing to separate the two though Real edges Wanderers on a goal difference.

In qualifying to the Barclays Cup, one could argue that Real Nakonde had an easier route as it is believed that Zone Two is the toughest of all zones but when it comes to the tie itself, this will be a different case scenario whatsoever and ‘Mighty’ will have to be at its best and not under rate their opponents.

Hunt For The Barclays Slot

Mufulira Wanderers were remarkable in the hunt for the slot with Indeni favourites 3 games to the half mark, but the resolute, tenacity and focus by this green team from kwa Milambo changed everything for the team as the games headed towards week 15 while Real Nakonde were pushed to the wire by Tazara Express, Zambeef, Mpulungu Harbour and Prison leopards for that one lucrative slot.

In all fairness, both clubs were clear what they wanted to achieve come mid season in their own respective zones.

The Barclays Cup remains the only trophy Mufulira Wanderers have not won among their glamorous titles in their trophy cabinet. They have never reached the finals of this tournament and Chinama with the great form of his team will push for lucky on this one. The first time Wanderers took part in the Barclays Cup was in 2014.

They represented Division One North and were knocked out by Zesco United in the quarter finals. Losing 2-0 courtesy of Maybin Mwaba and Jackson Mwanza goals.

Wanderers maintained the Barclays Cup slot in 2015 this time as super league representatives after finishing 6th at mid-season in the super league. Manfred Chabinga then was at the helm. They were knocked out by Nkwazi on penalty shoot outs after the game ended nil nil in regulation time. They will try to better the Quarter final beth this time and hope to get to the finals.

For Real Nakonde, it’s the first test of Barclays Cup and everything is new at this stage. They will come into this fixture to learn the trade and should they go past the legendary cup fighters in Mufulira Wanderers, they will take it as a bonus to their quest for Super League qualification. Though the tides pits a Mufulira Wanderers win.

This will be a big game to watch with the passionate fans of Mufulira Wanderers lining up to grab it as they paint Lusaka City green.

More of a ‘Mighty’ Mufulira Wanderers win with the form they come to this stage with though Real Nakonde will be happy to play the role of underdog and strive for an upset result though this one will be tough for the Muchinga Province outfit. Chinama with his team are in a non compromising mood.

The second of the Preliminary round (though the first game of the day) sees Young Green Buffaloes take on new team in Manchester United Zambia Academy (don’t mistake them with the UK’s team coached by Jose Mourinho) who come into this tournament for the very first time.

This fixture would go either way but thinking in a more introspective way, the experience of Young Green Buffaloes could actually be the difference as MUZA is struggling to get goals.