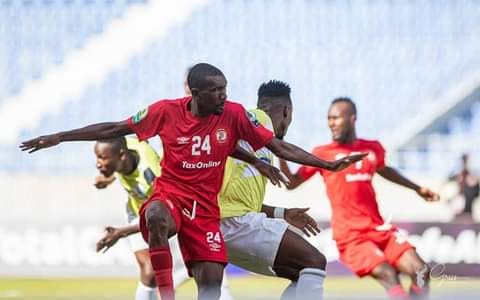 Operation survival got launched on Sunday and Nkana’s four-wheel push away from the drop couldn’t be sweeter than a 2-0 beating of sworn rivals Power Dynamoes and then Zesco United.

Nkana had an effortless beating of their arch-rivals and as they step on the acceleration pedal of what might be the greatest escapes ever in Zambian football, they will need to do everything they possibly can to win all their remaining matches: A feat that looks far fetched.

The rains and hail of glory have been all on Alex Ng’onga but it’s Diamond Chikwekwe on whom Nkana must plot their escape plan. The nimble-footed midfield dynamite has been electric and explosive for Nkana throughout the season but till the arrival of Bazo, he had no pivot and scaffold support to his direct style.

His swift touches and thrusts into the box kept giving Nkana all the penetration impetus the defending champions needed but some wrecked support play from Ackim Mumba and Mulenga kept stopping the Nkana back four from pushing forward for a high line as the young boys couldn’t hold and shield the ball for long enough.

This to a greater extent explains why the Nkana defense kept shipping in goals since the departure of Mbombo.

With Bazo’s ability to hold the ball and create space for Diamond to maneuver behind the opponent’s back four, Nkana has looked dangerous enough to push a shocker.
He has not scored so many goals this season but Diamond has been a marvel to watch.
Nimble footed and aggressive, he comes from the left-wing and slices into the heart of his opponents like a knife through a cake.

It is just a joy to watch. Sleeky and blessed with some wheels under his feet, he is one of the few attacking midfielders in the league who moves the ball with so much flair and focus. He is tall and lanky yet his balance is incredible.

He has been exploiting the Nkana Midfield with exquisite fluidity and flair capable of the outlandish and with the right hunger and mentality Alex has brought in his pathways, the wickedness in his quick feet must be everything Nkana will need to do the impossible.