Skip to content
You are here
Home > COSAFA Cup > BACKSPACE: The last time Zambia got a medal from under-23 championships 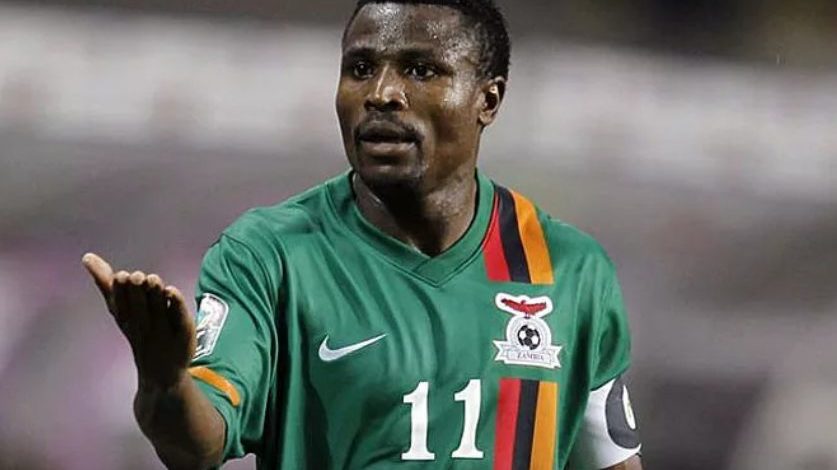 Unstoppable Zambia Under 23 squad forced a 3-3 draw in Congo Brazaville to qualify for the Under 23 African Championship in Egypt this November.

We take you down how Zambia performed the last time the team featured at an under 23 tournament.

The Last time Zambia participated at the Under 23 African Championship was in 2003 at the All African games in Nigeria.

It was a decorated fiesta for Simutowe’s young and absolutely talented side as the boys mint bronze.

Zambia, however, began the tournament on a shaky note losing 2-0 to the hosts Nigeria. Alfred Omo-Efe found the opener for Nigeria in the 7th minute before Henry Okdoy powered home in the 26th minute to give the hosts a flying start.

In the second match of the group that consisted of Nigeria Cameroon and South Africa, Zambia began to pull strings as they beat Cameroon 2-0. Newa Mwewa and Christopher Katongo scored for Zambia in the first half before Senegal found a consolation goal in the 90th minute.

Having collected three points from the first two matches, Zambia needed to win the last group match or force a draw and wait for what would happen in the match between Nigeria and Senegal.

The Zambian boys came head-on with there all-time rivals South Africa and the Zambians didn’t disappoint. Noel Mwandila and Songwe Chalwe scored for Zambia in a 2-1 victory which sent them into the semi-finals.

Grant Isegund scored the other goal of the match for South Africa. In the other group match, Nigeria had beaten Senegal meaning Zambia would still qualify even if they lost.

The Zambian progress came to a litmus test when the boys had to negotiate past Cameroon to reach the final. Zambia began the match on a quick lightning pace missing a myriad of chances before Noel Mwandila put CHIPOLOPOLO ahead in the 13th minute.

Then DISASTER struck as the boys switched into a defensive mode. Marcus Nwambo equalised for Cameroon in the 21st minute and two minutes before the final whistle (88th minute), Mokaké out jumped the Zambian defenders to head in the goal that sent Cameroon into the final as Zambia crushed out.

The third and fourth playoffs was an epic four goals thriller which ended in a 2-2 stales mate. Abubakar Yahuza opened the scores for Ghana before Sipho Mumbia leveled matters in the 28th minute. Collins Mbesuma then put Zambia ahead in the 70th minute but again DISASTER struck as Zambia conceded late in the 90th minute for the match to go into penalties.

Zambia then won the shootouts by 4-1 as the boys came home with Bronze. 16 years later, the Bola Na Lesa boys will be in Egypt to do battle can the boys do better than the class of 2003?