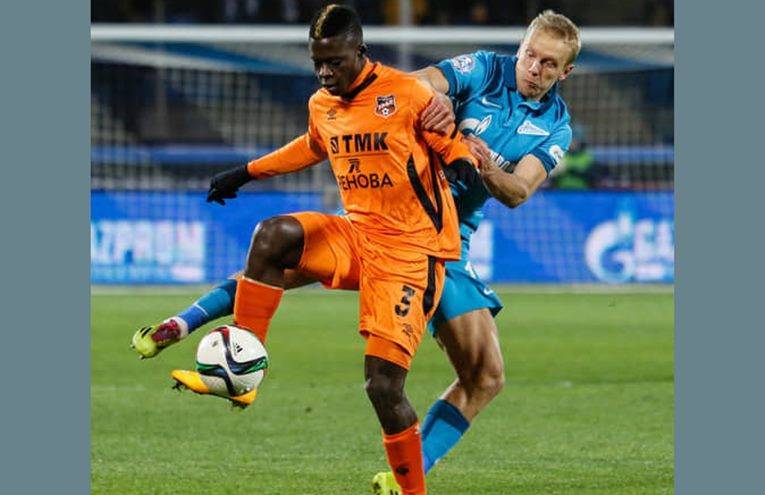 The potency in the Nkana midfield showed lots of deficiencies in the just ended season and Chisamba Lungu might be the perfect prescription for the 12 time Champions needed.

The flamboyant former Ural Oblask captain has had a black out of a season in a league he left at the age of sixteen but he is all Nkana need to excel in the Champions league and beyond.

Despite a nightmare of a season that saw him nursing an injury for six months soon after a taxing court case, CHISAMBA has been exciting to watch so far in all the matches he has featured for Buildcon.

His quick feet is capable of negotiating inroads in the attacking third and unlocks the most stubborn of defences any time anywhere. He plays some lovely football of sweet turns and juicy passing while he is never scared to try anything flowery on the ball. Going forward, he is simply a ghost with some certified freedom of expression. His ability to spread himself across the whole midfield like dry leaves under a storm is also sublime.

This inborn certified freedom of expression and visionary passing was all Nkana lacked through out the season. The lack of killer passing from the Nkana attacking midfield kept forcing Chambeshi to play Walter Bwalya in the midfield till Harrison Chisala came on board.

Despite Nkana’s talisman Idriss Mbombo finishing with more than 20 goals, most of his goals came from the set pieces onto his head or using his physical prowess to bully his way past defenders. The lack of creative passing from the Nkana midfield arteriole saw strikers who depend on good passing from the midfield like Sate Sate and Walter Bwalya starved of goals.

So why did Chisamba not make a resounding impact at Buildcon?

Away from his long term injury, the players who played ahead of Chisamba were not quick and intelligent enough to read his splitting passes. Osuman is a striker who entirely relies on his physical prowess and less of intelligence.

With highly intelligent players like Sate Sate, Walter Bwalya and Mubanga Kampamba now to play in front of him, there could never be a better signing for Nkana than Chisamba Lungu.