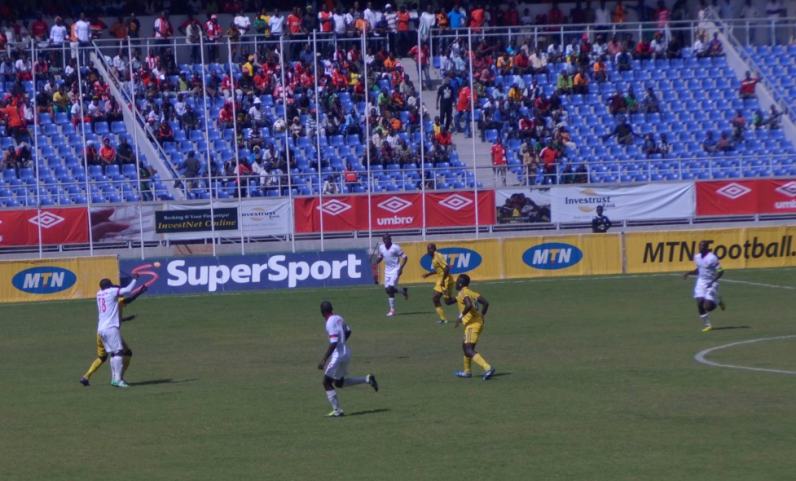 We have seen it before but here is the answer to why Nkana must beat Indeni. Nkana takes on the oil boys on Sunday 24th October in the league curtain-raiser and we might be here to see History unfold right before our eyes!

The thought that Indeni can go all the way to win the league in their first top-flight football attempt is insane.

Ridiculously insane but as unthinkable as it may sound, a number of teams a walk down memory lane have been crowned champions just twelve months after arriving at the biggest stage.

They showed all signs and wonders before going all the way but no one believed them till the unthinkable happened. If Nkana doesn’t beat Indeni, then we better wear a different pair of glasses as we watch this new killer on the block.

Indeni tore curtains to the holy of holies of Zambian football two weeks ago when they beat seasoned premier sides like Green Buffaloes, NAPSA, and Forest to win the big six tournaments and this is not a feat we must ignore. If Nkana or any other team chooses to ignore it, they must do so at their own peril.

The oil boys flexed iron guts and muscles of steel with an incredible ability to score goals and this is the reason why Nkana must beat them. If Nkana doesn’t put them in their place on Sunday, we might be up for the most melodramatic seasons in the History of Zambian football since 1991 when Kabwe Warriors came from division one to be crowned league champions.

We wonder why they called it the big six tournament when there was only one big team” was a statement made by Indeni but that was not normal. Of course too daring; too bold to be made by a small team coming from division one.

Such daring guts is what Nkana must discipline on Sunday. If Nkana fails, then we can start to think about teams that came from division 1 and went all the way to win the league.

Kabwe Warriors in 1991, Ipswich City in 1961, Everton in 1935, and Tottenham in 1950 all came from impossible to do the unholy righteousness of winning the league from Division 1.

One will feel mentally loose to think Indeni can win the league because we are used to seeing teams that come from division one being weeping boys before they are sent packing to where they came from but Nkana must beat Indeni or we are up for a rapture.

Nkana takes on the oil boys on Sunday in the league curtain-raiser and we might be here to see History unfold right before our eyes!