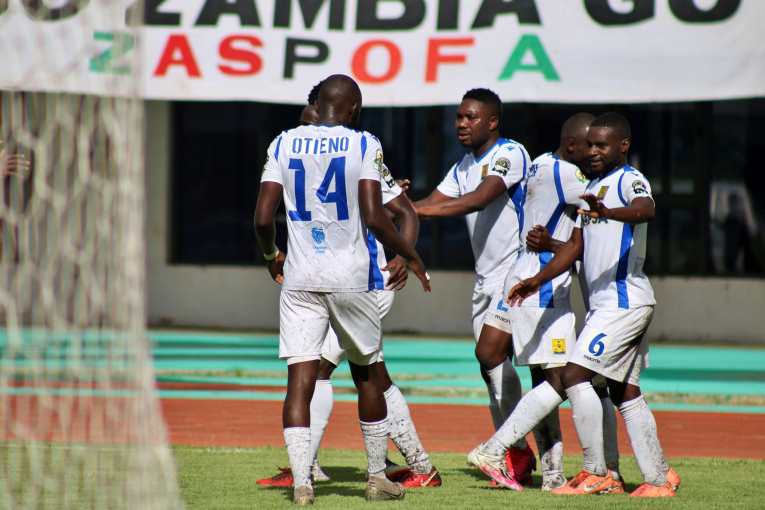 It was a preliminary round of extreme ends for ZAMBIAN teams as Forest dropped out at their first attempt while NAPSA had an ear-deafening introduction to African football with both NKANA and Green Eagles sliding into the second round.

Zedsoccer looks at the prospects of the remaining three ZAMBIAN team’s chances of going past the first round.

NKANA had a torrid time going past Bantu F.C of Lesotho. A 14th-minute opener by ever dependable Center forward Idris Mbombo was all the ZAMBIAN defending Champions needed to beat Bantu in their back yard.

And that goal served as a window for Nkana’s exit from the preliminaries into the first round as the two teams fought to a barren standstill a week later in Kitwe and Nkana will now face Pedro Athletico de Luanda of Angola.

NKANA will now face the Angolans and with the Nkana house in disarray, it doesn’t look all rosy for the 13 times ZAMBIAN super league Champions.

On the other end, NKANA faces a pedro Athletico side that doesn’t look stable enough to stand some waves of serious pressure. They almost threw their qualification to this round away when they were held to a 2-2 draw in Angola by Akonangui of Equatorial Guinea.

Pedro had beaten Akonangui by a goal in Equatorial before the return leg turned into a whirlwind of fire the Angolans were almost failing to stop. They qualified after a 3-2 aggregate. This is a team
NKANA can easily beat in Luanda and play to protect their unbeaten record in kitwe.

NAPSA Stars made their maiden Africa appearance and what a debut they had. The pensioners posted a 5-1 win in Comoros islands before they rounded up their screaming introduction to African football with yet another 4-1 win in Lusaka to register a blood cuddling 9-2 aggregate and officially declared the team of the round by CAF.
NAPSA will now face UD songo in an altogether different ball game.

The Mozambican giants UD Songo were on bye and a draw against NAPSA Stars looks like a nose dive into distaster for them. Little is known about Songo this season but a close look at their squad exposes a crack that might see them find it difficult to go past NAPSA. They have the oldest squad in all the teams in the first round. Their squad has an average age of thirty with most of their reliable players being between 32 and 37 years.
NAPSA might have a smooth slide into the second round as they feast on a team with experienced but slow players.

By far the most experienced Zambian side of recent times in continental assignments. Green EAGLES have been in Africa for the past two consecutive seasons and their performance has not always been one to have the country burry it’s head in the sand.

They have always put up a spirited fight going all the way to the group stage in the last campaign. As usual, they had the most difficult challenge of the four ZAMBIAN sides and against all odds, they triumphed over a very determined Mosongati Side of Burundi.
Green EAGLES will now face Cotton sport of Cameroon.

Cotton sport of Cameroon faced Unisport in the preliminary round. They lost by one nil in the first leg before they turned the tables in the second leg posting a 2-0 score line. Cotton sport is more experienced in Africa and pose a genuine threat to Green Eagles but it will be a two legged battle that has its center of gravity balanced. Eagles won’t have it easy and they will need to keep relying on the red hot form of Lineker Mwikisa.