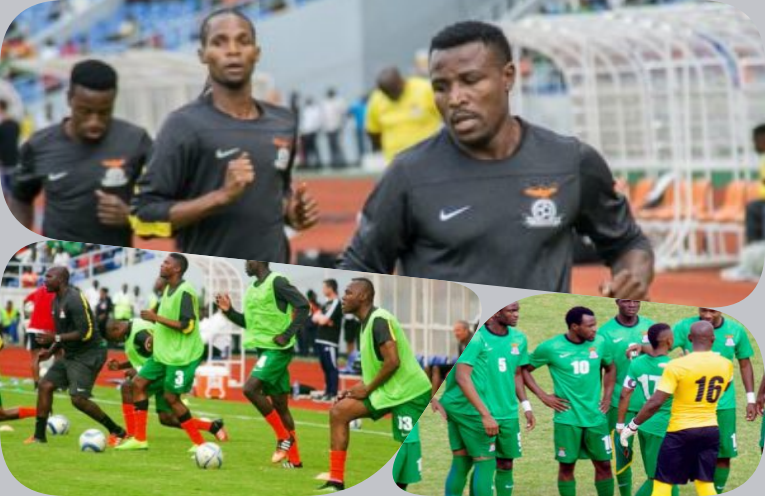 So much boastful talk about the K20,000 Tapson Kaseba has got from the 2019 COSAFA Cup.

Zambian footballers have reaped huge from the sport but these legends have kept a humble and low profile. I am glad the noise is not coming from Kaseba who has decided to keep quiet over everything: That’s wisdom and maturity. The boastful noise has been coming from his sympathizers who have been defending someone who doesn’t even need their defence.

Here are the highest paid Zambian players ever.

Number one highest paid ever Zambian football player will certainly shock you.

At the bottom of the Zambian sons to have reaped handsomely in the field of football is Zambia’s most capped player Joseph Musonda. The living legend has traveled the World and the epitome of his career was captaining locomotive Golden Arrows in South Africa. He is said to have earned an average of $60,000 USD.

The unsung hero of the golden class of 2012 never got the attention and respect he deserved after Zambia’s heroics in Gabon but he played with his heart on his sleeves. Born in Ndola and ended his career at Power Dynamos, he was roughly earning 84,000 USD per anum by 2018.

The man with magic gloves and Zambia’s most capped player needs no introduction. He earns 120,000 USD per anum at Sundowns in South Africa.

Popularly known as Jet Lee, the swift spinning winger played for teams in France, Angola, Libya, and South Africa. At his peak, he was earning 180,000 USD per month.

The Zambian circuit breaker is a cool and less temperamental guy. He was instrumental in the team that mint gold at the Africa Cup of Nations in 2012. He traveled the skies of Europe including a short stint at Grasshoppers F.C before he came down to perch in Lubumbashi at T.P Mazembe. He earns 180,000 USD per anum.

The Flamboyant Zambian crowds darling has enjoyed a decorated career anchored on Skill, efficiency, and consistency. He currently captains T.P Mazembe and earns 240,000 USD per anum.

The Zambian stone breaker seems to have found his lucky star in France. He might have a huge pay rise as Metz kisses welcome to top flight football in France but he is reported to earn a screaming 270,000 USD per year.

He was the most promising lad from the under-20 squad that flew the Zambian flag with pride at the 2007 world cup in Canada. Caused a stir at Young boys before making a crispy move to England which crushed his career. At his pick, Ucar earned 300,000 USD.

Isaac Chansa has traveled the world and the former Pirate’s man now in the books of Forest Rangers was earning a screaming average of $360,000 USD when he was in India.

Atop this intimidating least is Zambia’s greatest Football sons ever. The 2012 AFCON winning captain was earning $458,000 per year. No Zambian player has ever earned more than captain CK 11.
Type a message…

1.4K
Politics and Football in Zambia