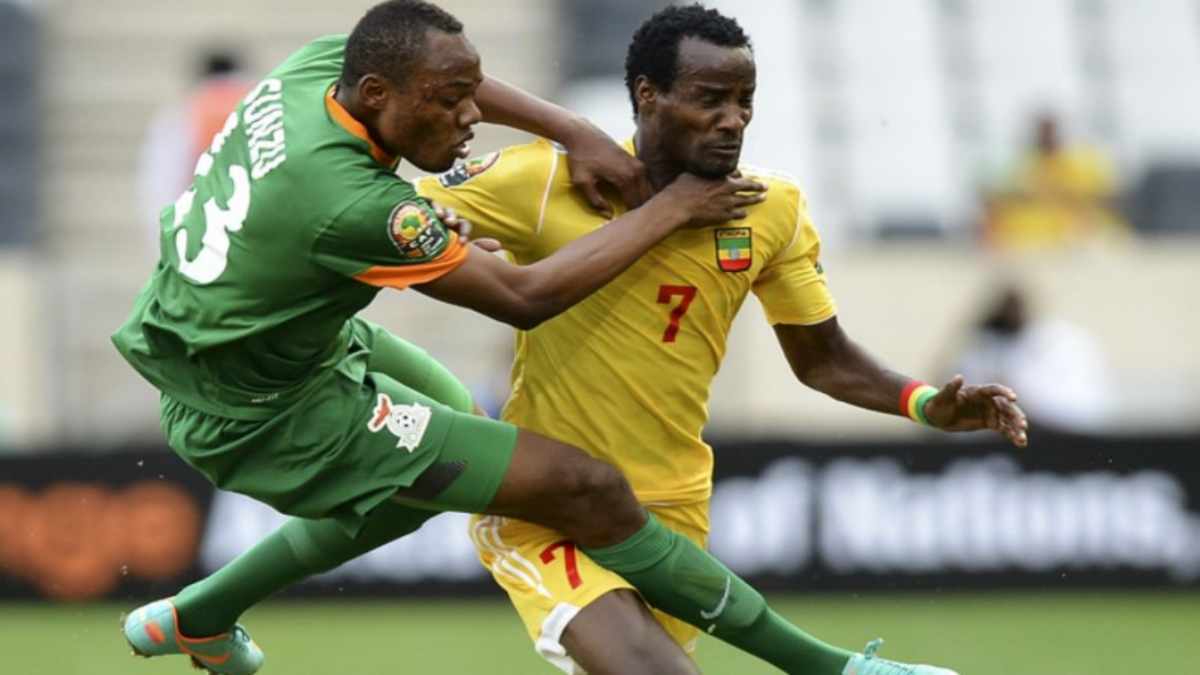 Here we are to narrow down the epic fails of a football country whose failures on the football front outweigh the successes.

To narrow down the epic fails of a country whose failures on the football front outweigh the successes to three already looks like an outrageous dig but Zedsoccer takes you down a thrilling adventure of Zambia’s top three epic football fails of all times.

The 2010 Africa cup of Nations began on a bloody swipe as the Togo National Team got attacked by a rebel faction in the jungles of the host country.

The bloody incident forced Togo to withdraw from the tournament leaving group D with a numerical void.

Pitted against Cameroon, Gabon, and Tunisia, Zambia had no chance. The copper bullets were poised for an early shower but the captain’s armband had just been given to Christopher Katongo: A born leader with an atomic heart.

He had not only established himself as a bonafide heir to Kalusha Bwalya’s authority but he was also a hydraulic actuator of some disciplined rectitude that offered extra redundancy in the Zambian attacking third with unrivaled leadership of horsepower, thrust, and command.

Zambia quickly pulled some electrocuting shock waves when they defied odds by finishing top of the group to set a quarter-final date with arch-rivals Nigeria.

In a show-stopper of a quarter-final, Zambia outclassed Nigeria with convincing efficiency. Sixteen-year-old Emmanuel Mbola was a six-cylinder head engine on the overlapping right flank as he switched Odemwinge off and out of the game.

Thomas Nyirenda put up a man-of-the-match performance in midfield. His intricate combinations with Christopher Katongo put the super Eagles to the grind by and by with some quick passing, balance, and coverage. Thomas Nyirenda charged and fired up, kept popping up everywhere while dominating play but Jacob Mulenga was wasteful up front and when the match ended goallessly, Zambia had demonstrated potential to win everything on a monumental scale but what followed aborted the dream and postponed glory.

Thomas Nyirenda turned Hero to villain when he ballooned his penalty into the rebel territory to send Zambia crashing out of the tournament which many bookmakers had begun to believe they were too good not to win.

It was an epic fail but this is only a third of our top three Zambian football epic fails of all time.

Zambia Under 20 class of 2017 was a magical side. A flawless team that played some champaign football of passing and free-scoring intrigue and when the boys put four past Germany to sail to the quarterfinals of the World cup in Korea, the euphoria that rocked Africa left Zambians cleft to the edges of their seats licking their chops.

Success was written everywhere on their faces and they were off to become the second African team to win the Under 20 world cup.

Five minutes into an intoxicating quarter-final against Italy, Patson Daka ‘The smiling Assasin’ chipped beyond the reach of the Italian goalkeeper to give Zambia the lead but Orsolin Scored for Italy from his head to equalize.

Fashion Sakala who had already been poking holes in the Italian defense all day long thundered from the right and cut inside before he struck a lightning bolt from outside the box. The power in his right foot from the edge of the box on a half volley was a deadly avalanche of steel and the Italian goalkeeper had no chance.

The goal sent Zambia to the semi-final of the world cup for a clash against England but just at a point when Zambia thought the match was beyond the Italian Job, Zambia’s right to own the match hit a snag: Enock Mwepu got injured.

Throughout the tournament, Mwepu had been the basic drive of the team, the procreation, creation and recreation of everything that worked for Zambia and when he got stretched off 15 minutes before time, the center that held Zambia immediately cracked.

Zambia held on but two minutes into additional time past the 90, Federico Dimarco sent the knees of the country cold when his stupendous free-kick sailed past Mangani Banda with sheer wickedness into the Zambian net to force the match into extra time.

I need to confess I have struggled to type what happened in the last two minutes of extra time. So many changes from both ends had lingered and at the very death of the show, Luka Vido sprang above the on-watching Sakala to node in a header that sent Zambia crashing out of the tournament.

Epic fail and we are down to number 1

From 2017, our search for number one of the three most epic fails of the copper bullets flies us back to 1994.

The atmosphere in the stadium when Zambia stepped up to take on Nigeria at the 1994 Africa cup of Nations was nothing but a sea of mixed feelings.

Sorrow and love flowed mingling down the two countries worlds apart. Zambia had lost the whole team in a plane crash a year earlier but barely a year on, they were playing an Africa cup final: Impossible yetTop 3